A Familiar Face is a Quest in Divinity: Original Sin II. After Fort Joy, Magister Delorus joined the Order's expedition to the Nameless Isle. Now he's lost and alone.

If you saved Delorus at Fort Joy (the Magister who was interrogated by Magister Houndmaster in the prison), you can meet him again on the Nameless Isle close to the Temple of Rhalic (X:168 Y:865). He will join your team here in hope of finding his fellow Magisters. Not too far north from where you find him, there are some dead Magisters that he will identify as his friends and you will have a chance to encourage or beat him down over his dead friend Magister Pearst. Encouraging him to take revenge on the Black Ring when he next sees them will grant him a permanent Enrage buff, while encouraging him to honor Pearst's memory will grant him a permanent Encourage buff. 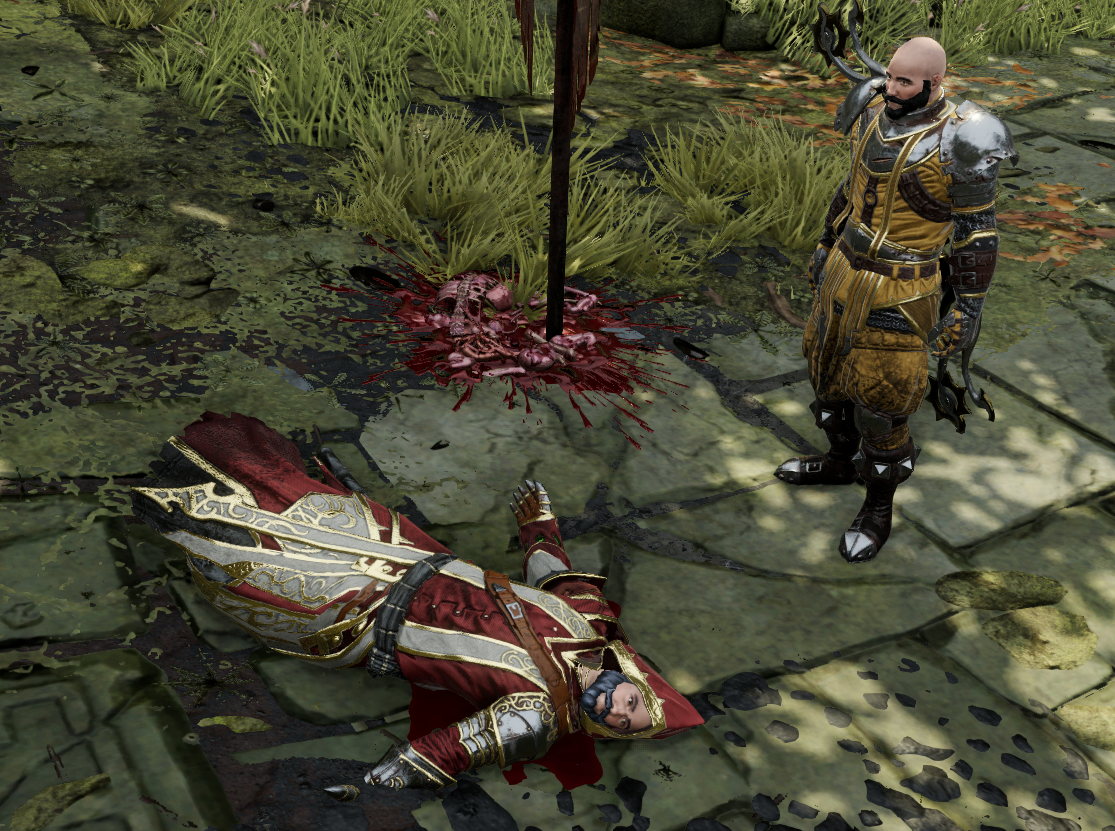 Simply escort Delorus to the Altar of Tir-Cindelius, where his colleagues are taking refuge. It is located in the northeast, where the Temple of Tir-Cendelius waypoint is.
You will be rewarded with Delorus's Bow upon quest completion.

Delorus is extremely weak, so he should not be brought into combat as he will die easily. (As of DE, he levels with your party and is not nearly as much of a liability).

Serious Bug: If at any point in time you decide to tell Delorus to stay put and wait for you, there is a chance that when you tell him to rejoin your party, he won't. To rectify this, you will need to hire a mercenary at the Lady Vengeance and have them ask Delorus to rejoin the party instead. Because of this bug, it is highly recommended to split the party member he is attached to from your team instead of telling him to stay put.

Alternatively, it seems that if you have already killed Alexander before ever talking to Delorus, you can then escort him to the temple and complete the quest as normal.  Rather hilariously he does not seem to notice that Alexandar is dead, and will remark that it's good to be back with his comrades when spoken to.