A Generous Offer is a Quest in Divinity: Original Sin II.

Note: This quest runs parallel to the quest Almira's Request as well as The Reluctant Servants. Both Almira and Ryker will want you to find the same tablet. To complete both safely, offer the tablet to Almira first. She won't actually take the tablet from you. (This was a bug that has since been fixed. If you are willing to kill Ryker, it is still possible to obtain the rewards from both quests: go to Ryker with the tablet, and have him fulfill his part of the deal first (so you get the reward of either a source point or a skill book). Then refuse to give him the tablet. He will attack you, but you will still keep the tablet to give to Almira.) You can also complete both quests by first completing Almira's Request, pickpocketing the tablet off of her, and then giving it to Ryker for this quest.

In a Mansion at Stonegarden, Ryker asks you to retrieve a special tablet for him, in exchange he will teach you the way of the source. The tablet is located inside the Blackpits caverns.

In Roost's room (at the sawmill), you find a contract, suggesting Ryker is a Lone Wolf assassin and tasked to kill all Godwoken he encounters.

Travel to the Blackpits, at the southeast of Reaper's Coast, there are magisters guarding a gate blocking you from further exploration. If Reimond gives you the authority to assist the magisters, you can pass here without violence. Otherwise, you will have to persuade the magisters to let you pass or fight your way through.

Inside the gate, you will see a white magister interrogating a sourcerer (apprentice of Hannag, an NPC from the quest On the Ropes). You can opt to skip this intervention right now as the fight will eventually lead to large waves of oil voidwokens and fire voidwokens appearing.

On the other side of the harbor, Quartermistress Anna is guarding the Blackpit mine. Defeat her to get into that mine.

That mine is filled with traps and oil pipes, you can use crates to block the oil pipe and disarm the pipes. Or you can use Teleportation or Spread Your Wings to get through. (If you have teleporter pyramid, you can let one of your teammates get through first, then teleport the rest to him/her)

Deep inside, there's shrieker guarding the waypoint. Use the Purge or Source Vampirism skill to destroy it. (there is a corpse on a broken bridge nearby, if you teleport there you can pick a note and a key)

Note: If you keep the purging wand you acquired from Fort Joy, you can use it now to kill the shrieker. If not, you need to master source and complete the ritual in Powerful Awakening to learn the Source Vampirism skill. (there are about 8 ways to acquire the second source point, you can complete the ritual after you finished one of them. The source vampirism has very short range, you may need to use your teammates to distract them.)

Moving forward, you will see some Voidwokens fighting magisters at the excavation site. Defeat the Voidwokens, then you can persuade the magisters (if there is any of them left) you are just passing by, or you will have to kill the magisters as well. From one of the magister's body, you will find a key to a room nearby. Inside the room there is a hidden stone door, you need to get really close to discover it. Behind the stone door, there is a strange device that teaches you how to create a shapeshifter mask. (require one source point)

Leave the excavation site, venturing forth to the workshop, a group of magisters is here.  You need to defeat them and destroy the crumbling gate (use fire skills on the oil barrels) to open the path to Ancient Temple. Interact with the device in Ancient Temple to acquire more information.

In the heart of Ancient Temple there is a puzzle, there are seven shrines of seven gods, you need to activate them in the correct order.

"Our first lord babes with power glowed, our second's born in blood that flowed. Our third's young to the wind returned, our fourth's to glowing flames adjourn. Our fifth lord's cubs with minds were blessed, our sixth's had brawn beyond the rest. Our seventh's brood spread from earth to glen, and thus no king shall rise again."

The key to the puzzle is within a book on a corpse within the Ancient Temple chamber. It will say on the second page that each god is a representation of an element or power:

After you touch all the pillars in the correct order, the force field will drop. The item you need is in one of the boxes next to the sarcophagus, loot it and bring it back to Ryker. Touching the sarcophagus eventually leads to a difficult fight with the Eternal Aetera (recommended level 13+). You can always return to the Ancient Temple later to open the sarcophagus if you want to finish the Ryker's questline first. 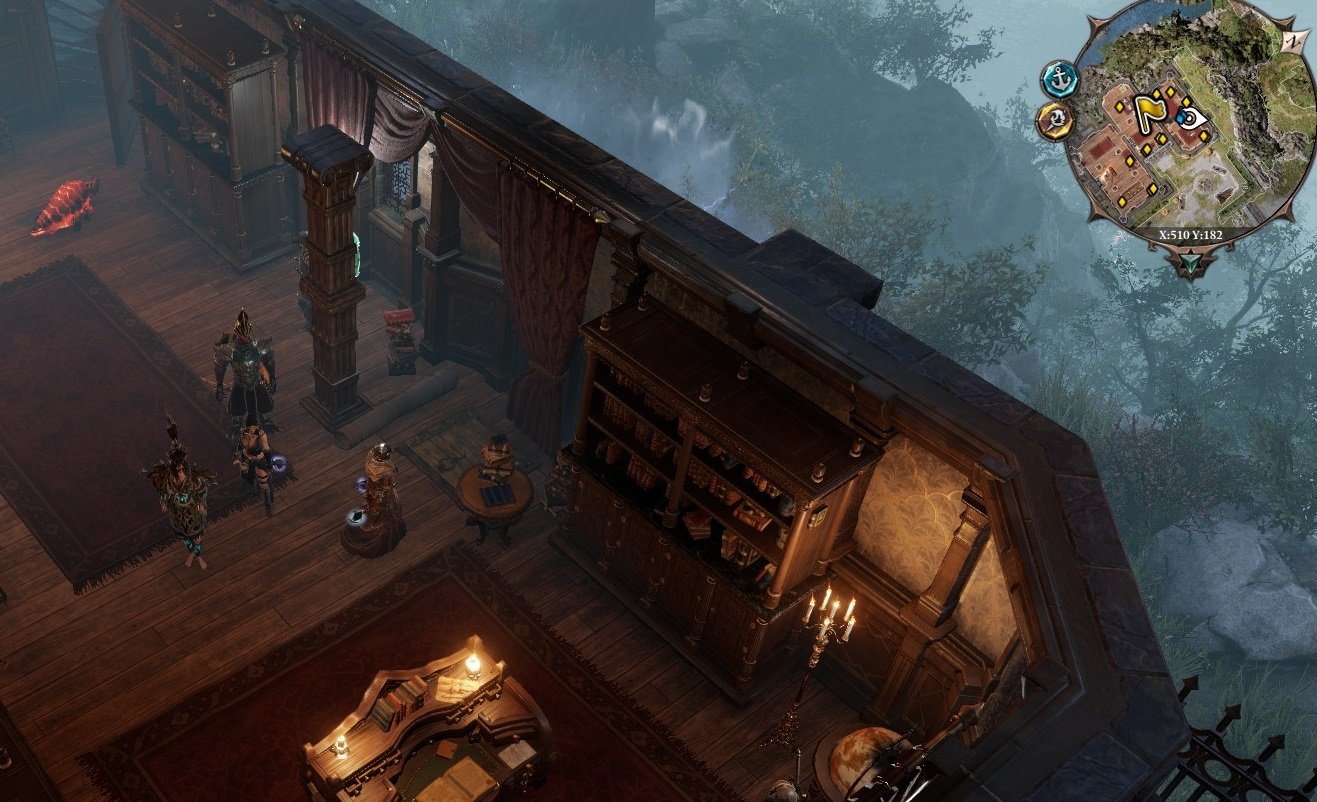 Return to Ryker's mansion, and go to his private chamber through the hatch on the screenshot. Before you talk to Ryker, save.

Warning: Ryker will take your Swornbreaker Schematic away if you simply give the tablet to him, which may cause issues later on with the Swornbreaker recipe. To avoid this, tell Ryker to uphold his end of the bargain first. He will perform the ritual to give you more Source, and will commence the inevitable fight without taking away your Schematic. You will still receive the same quest reward and experience this way.

Definitive Edition: Almost all dialogue options result in you fighting Ryker and completing the quest with you keeping the tablet.

Tip: If you kill Ryker, his servants will die with him as well.

Secret: The door at the beginning of this area that doesn't have a keyhole can be opened by a lever left from the mirror that's near Ryker (The mirror is on the wall to the far right of where Ryker is spawn in the basement).

After you've killed Ryker, head back outside and look for Gravekeeper Farimah to complete her quest as well (The Reluctant Servants) for a bonus reward.