A Hunger From Beyond | Divinity Original Sin 2 Wiki


A Hunger From Beyond is a Quest in Divinity: Original Sin II.

A Hunger From Beyond Objectives

A Hunger From Beyond Walkthrough

This quest is picked up near the beginning of the game, however it lasts throughout most of the rest of the game. The final version of the set upon completion of the quest in Act 4 is level 20, so newer players should bear in mind that the quest will continue to remain active when moving to a new act.

NOTE: Each time you collect a piece of the armour, a new companion is added to the group of spirits who appear when you cast spirit vision (you can stop seeing these by storing the relevant armour set). A ‘new’ spirit will have an attached ‘place of longing’ which will appear in the quest log and there will be a glowing interactive object at the location. Upon interaction, you’ll enter chat with the Devourer and experience a fiery vision, and you have the option to resist it with Persuasion. For every vision you do NOT resist, your main character will be hit by 1 round of Shackles of Pain during the final encounter of this quest.

In front of the Gargoyle's Maze, you can find a note on a dead adventurer. Read it to acquire this quest. 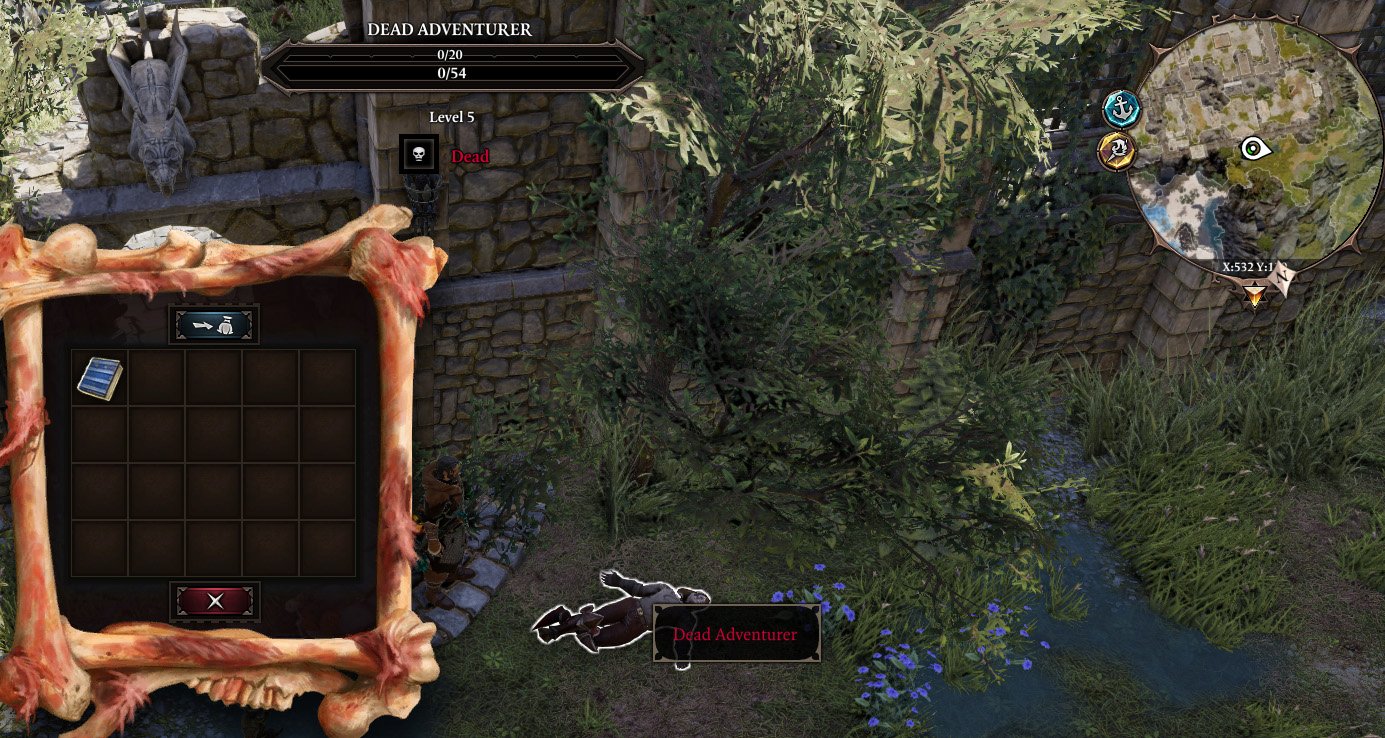 Pass The Gargoyle's Maze, and enter the tower. In a cursed chest, you can find The Devourer's Claws. You also learn more clues from the Voice of Flame.

Inside Orivand's Chambers, you find another set of glowing books on a table. Interact with it to learn more from Voice of flame. There is an option to obtain the flame essence.

Head to Stonegarden, read Ryker's Visitor Lodge and the quest will update the location of the dead shady digger. 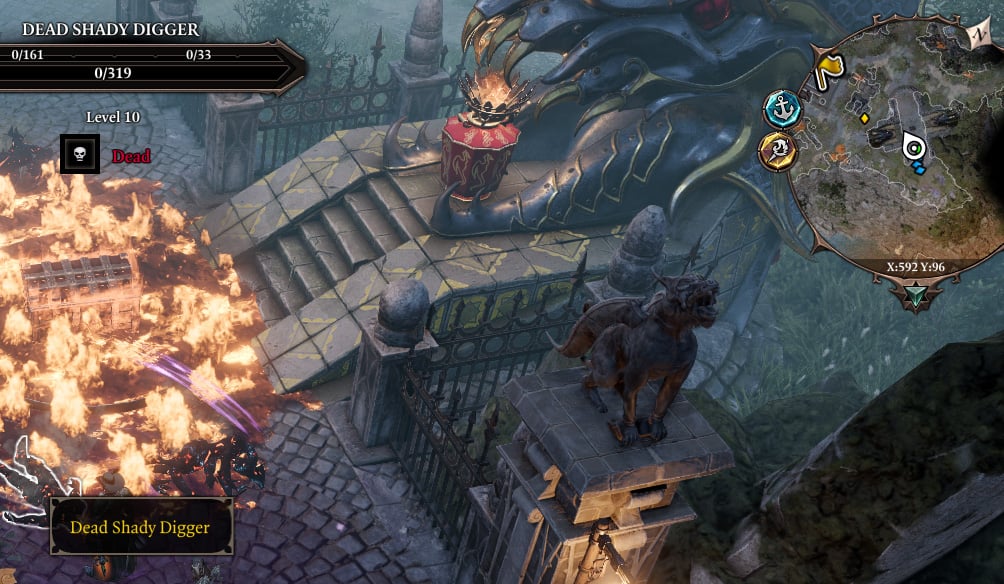 Head to the eternal flame dragons in the graveyard and retrieve the boots from the body of the digger. When you equip those boots, a dwarf spirit will appear (spirit vision). Talking to him leads to another place of longing, inside the Blackpits Cavern. 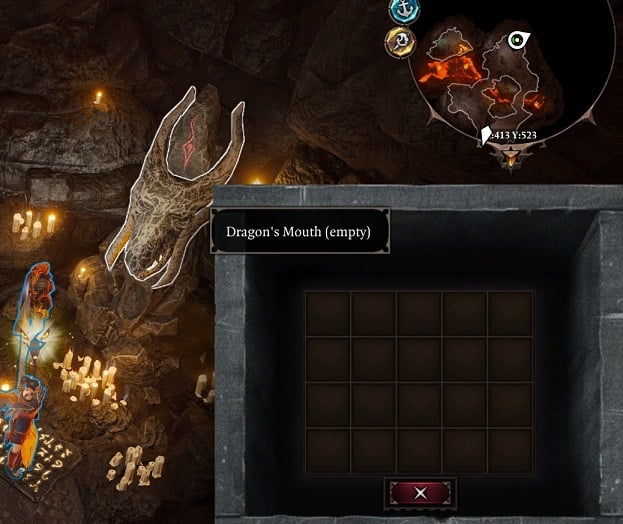 The Leggings of this armor set can be found following red arrows to a cave, near the Altar To Zorl-Stissa (around X180, Y685). Offer (PC: drag&drop, Console: hold rune in hand and then open head) a flame rune to the dragon skull inside to speak to Voice of Flame. You can loot one nearby or craft it. The vision will start immediately. After the vision you will find the Leggings in your inventory. Attached to this piece of armor is a fanatic lizard spirit, talk to him and the quest will reveal another place of longing.
The place can be found deep inside the lava fields, at the south-eastern end of the map (follow the quest marker). During the conversation with the voice of flame at the new place, if you guess his nature correctly, he will reward you with a skillbook. 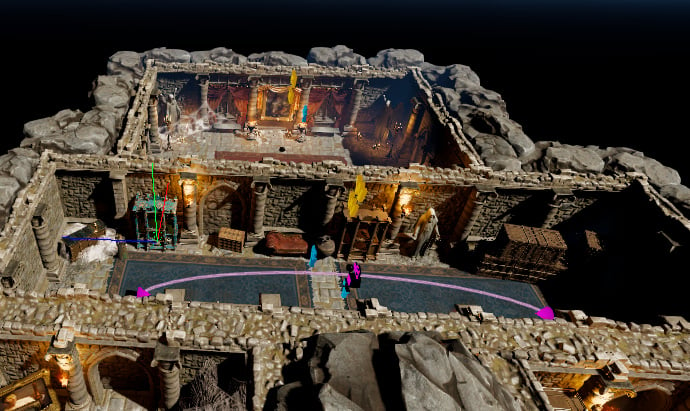 The Helm is in the blue cupboard in Vault of Linder Kemm. You can learn the combination for the lock from a note behind the painting "Portrait of the Outlaw Empress" (X:500 Y:985) hanging on the wall to the left side of the locked door behind the paintings "Passion of Lucian". (The combination is 232113).
You can talk to the new spirit of the armor piece but it is not yet required. 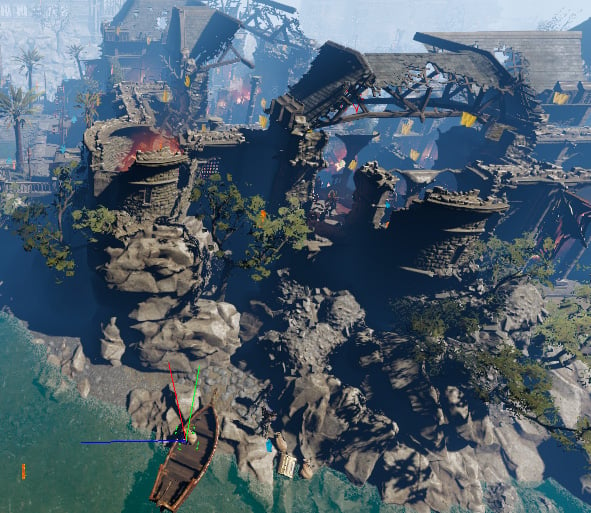 Head to the Toymaker's shop at X: 274, Y: 297. On the table to the left you will see spirits who will instruct you to go to the Lizard Consulate.

The body is near the garden of the Lizard Consulate. Either make it all the way to the balcony at X: 180, Y: 408 and teleport, fly, or find the hidden ladder to the beach below, or use the wines from the gardens of the consulate. Inside a sack will be the Devourer's Heart body armor.

With all five pieces gathered, interact with the spirits again. The places of longing for the last two pieces are in the garden of the Consulate and the Toyseller's shop.
The Dreamer Lizard will then transport you to an arena where you must choose to side with the Devourer or the Dreamer. If siding with the Devourer, the Dreamer will die and the Devourer Armor set will be upgraded with the Onslaught Skill; the wearer will also be healed when they kill marked targets in battle.

If you choose to side with the Dreamer, they will chain down the Devourer so that the dragon cannot move or dodge. Multiple enemies and allies will be around the room. Clear out the minions first as quickly as possible. After a round or two, the Dreamer will be knocked out and the Devourer will start attacking. It has a huge range and is healed by poison. Keep your distance and use as many strong focused attacks to eventually take it down.

If you side with the Dreamer you will be able to loot the area for additional items. Plus, your Devourer Armor set will get the previously mentioned upgrades.