All In The Family | Divinity Original Sin 2 Wiki


All In The Family is a Quest in Divinity: Original Sin II.

A scrap of paper tells of a strange object that drove Johanna Surrey to madness. The numbers 2, 1, and 3 were scribbled in the margins.

Tarquin asked us to retrieve the powerful artefact from the Surrey family crypt.

All In The Family Objectives

All In The Family Walkthrough

At the gate of Stonegarden in Reaper's Coast, Tarquin asks you to investigate a family crypt and retrieve something for him. You can get the key from a petrified sourceress, Qanna found in the crypt guarded by the hound (the crypt is close to and directly north of the family crypt and is flanked by two knight statues). Cast Armor of Frost, or Bless on her inside the crypt to depetrify her and she will talk to you. If you fight with her she will spawn undead minions, but kill her and they will disappear so just focus her down.  Note that she CAN be damaged (and even killed) while she is petrified. So if you want to talk to her, you can take her down to a sliver of health, talk, and then un-petrify.  A single Marksman's Fang will ignore the armor and likely kill her.

Next head to the family crypt and open the door. In the first room of the family crypt, there are two buttons on the wall, you need to get close to find them. Press these the buttons to open the stone gate. 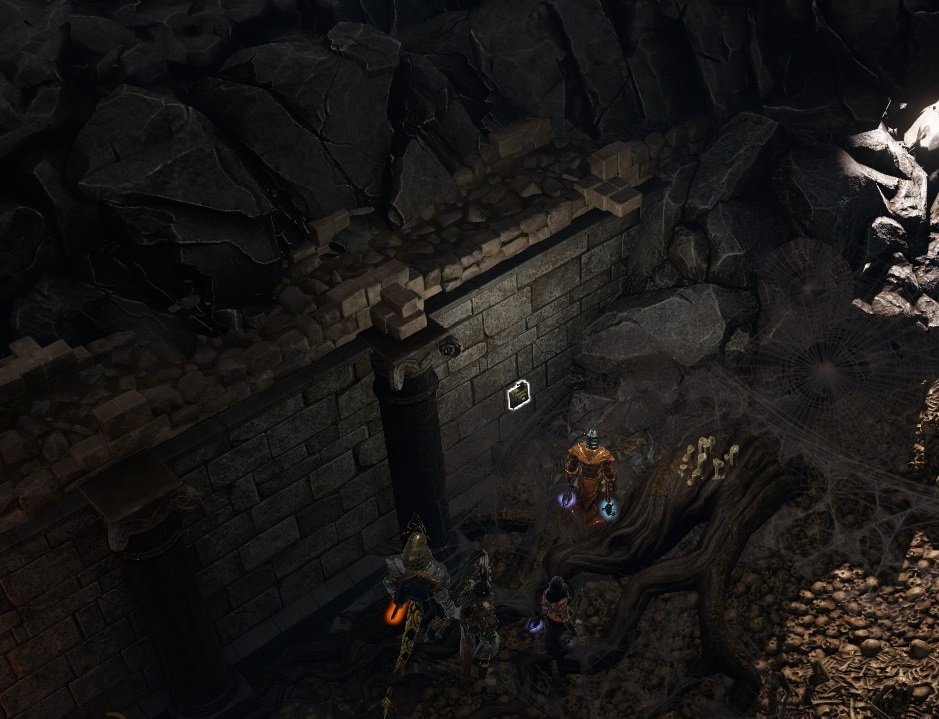 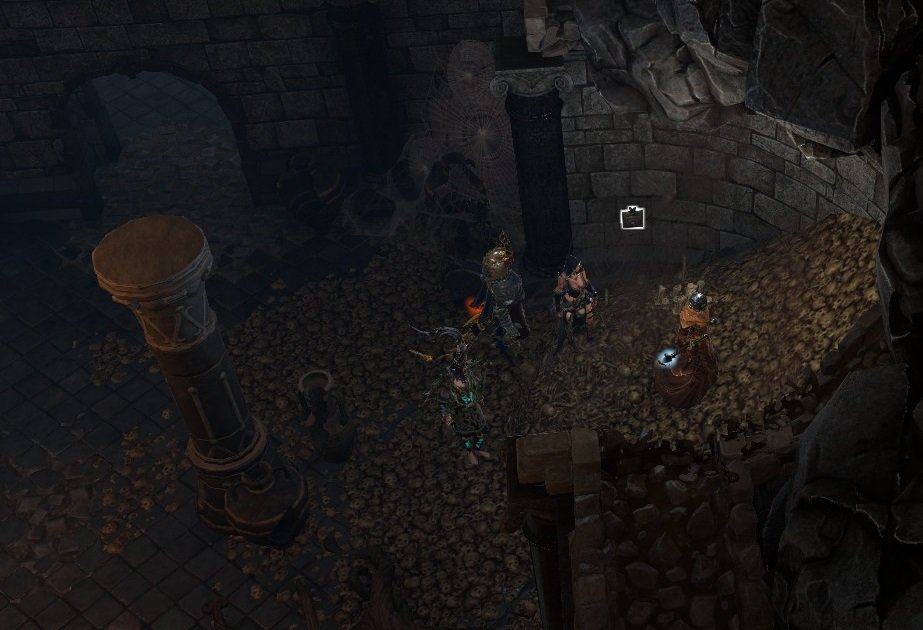 Cast Spirit Vision (Learned in Powerful Awakening), you will see three levers on the wall in the second room with the sarcophagus.  Have a party member stand on the pressure plate in the third room, then press the levers (middle-left-right) to reveal a secret hatch. If you have already touched the levers since stepping on the plate, in some other order, then you need to "reset" the middle lever. Pull the middle lever until water comes out, then do left, then do right. 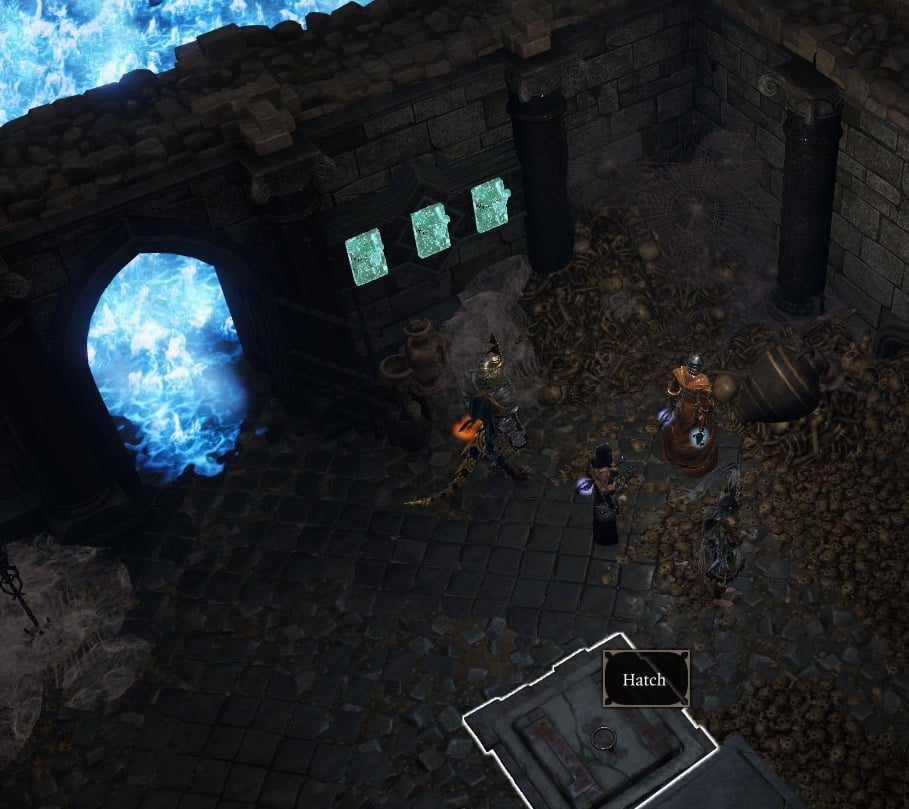 There's a treasury under that hatch, use your character with highest lucky charm to loot them. The artefact is in the sarcophagus, if your character is a lizard, he/she will recognize the language of demons. You need at least 14 strength or the Sarcophagus "won't budge"

When you try to leave the tomb, all clay sentinels will revive and attack you.
The fight can be avoided by fast traveling to the Stonegarden waypoint.

Report to Tarquin, he will tell you the other pieces of artefact is on Bloodmoon Island.

When you travel to the Bloodmoon Island, you can find a hatch on its northeast corner, you need 22 wit (use Peace of Mind skill to boost your wits by 9 points) to spot it buried:

Inside the vault is the other half of the artefact.

Inside is another wits check in the form of a door that looks like a wall. The ghost inside this room has nothing to do with gaining access.

When you have both halves of the artifact, talk to Tarquin. (Sometimes he is not at the gate of Stonegarden, you can find him on The Lady Vengeance, near the boat. If you travel to The Lady Vengeance by waypoint, he's right next to you.)

If you give Tarquin the pieces, he will repair it at ACT IV (The Arx), it's arguably the best two-hand weapon in the game. (Sadly, only 1 durability)
NOTE: Giving Tarquin the parts doesn't lock the trade option with him, simply initiate the conversation and click on the trade icon (DE). 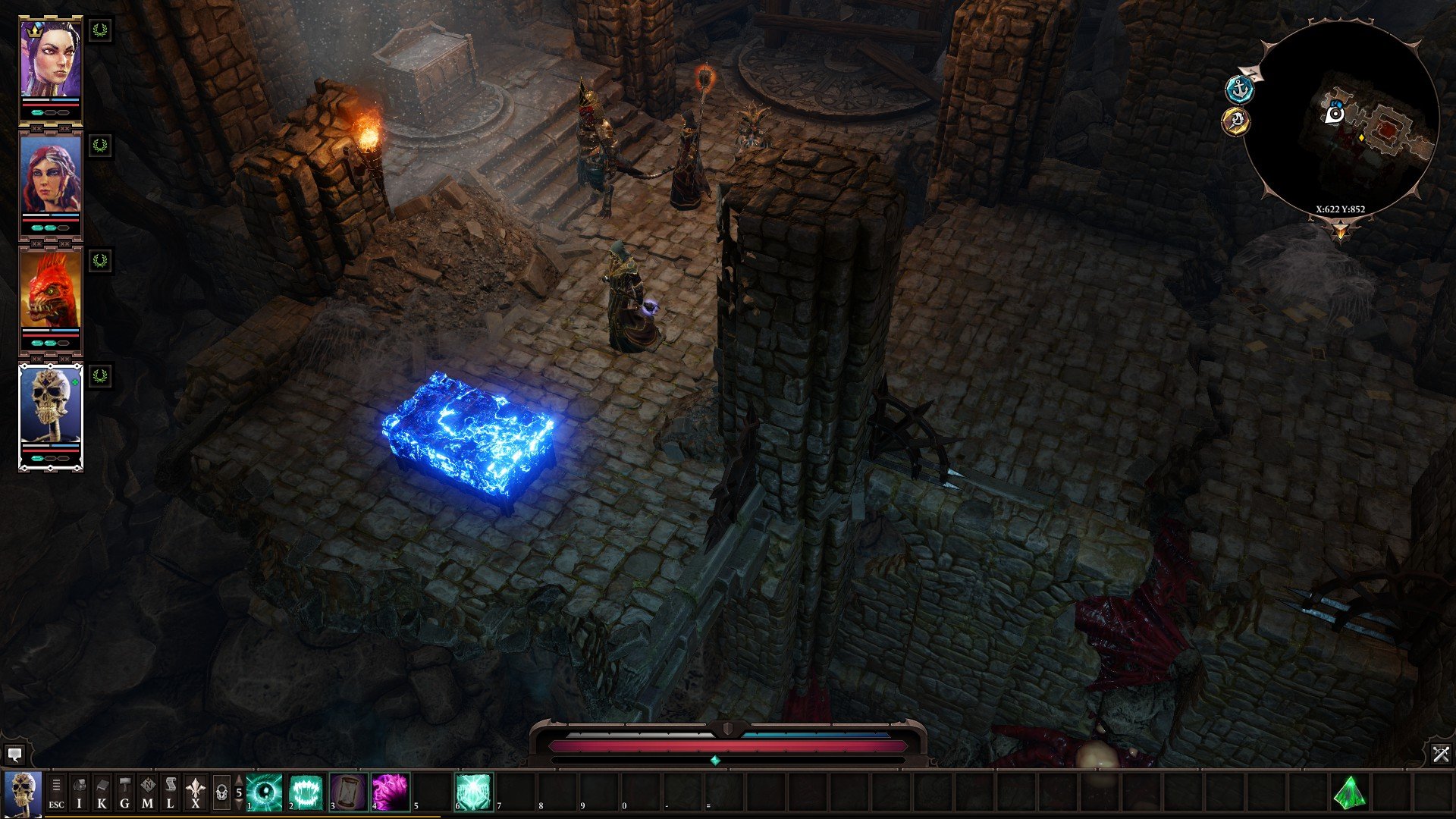