Armour of the Eternals is an Armor in Divinity Orginal Sin 2.

According to the recipe, the Eternals would call it Nazad Rivelleis. 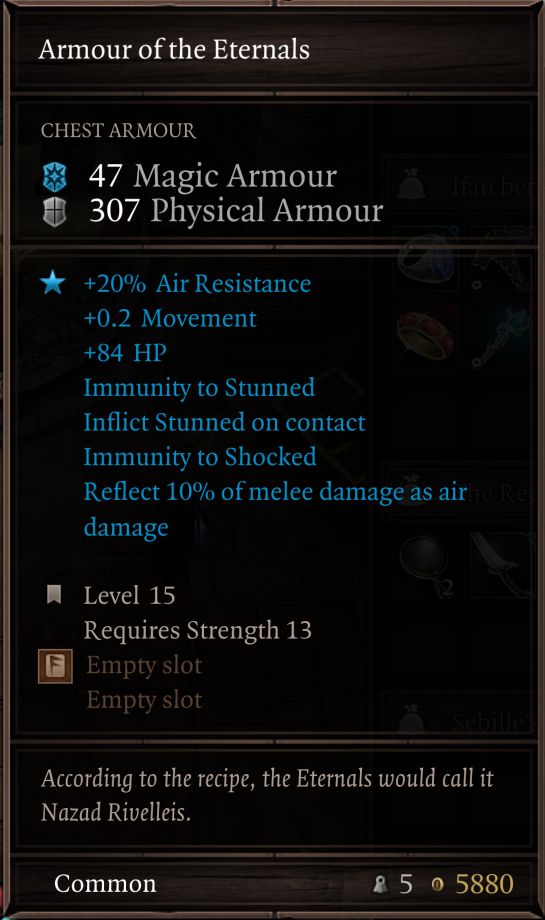 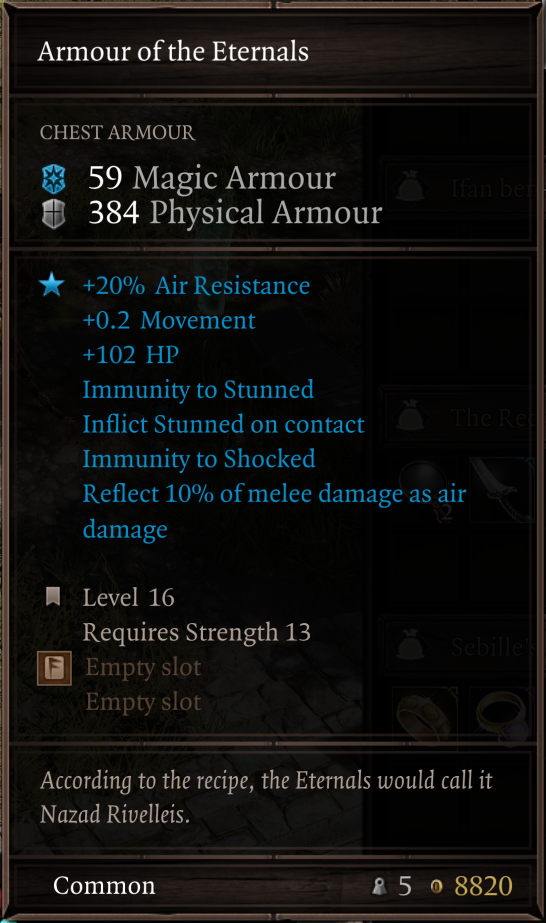