Bloodmoon Island is a sub-area of Reaper's Coast in Divinity Original Sin: 2.  Please see Walkthrough and/or Locations for other areas.

Bloodmoon Island is the last part of Act 2. Players can reach the area in several ways:

If one of your party members (undead or not) has made it onto the island you can use the Teleportation Pyramids or the Waypoint to reunite your party.

Jahan mentions Bloodmoon Island used to be an academy of demon hunting, now a "remnant of a dream sliced open into a nightmare". From the perspectives of Archivst Blayre Cydow in the Archives, the purpose of Bloodmoon island was intended to be "a temple of hope and healing [...] only to protect, never to harm. [...] To exorcise and cleanse, to relieve demon-infested souls wherever we might find them."

Eleanessa, an elvish sourcerer possessed by a demon, died during a difficult exorcism, but her spirit became an Ancestor Tree. However, she was still possessed by the "damned arch-demon", and "spread corruption" through Bloodmoon Island. 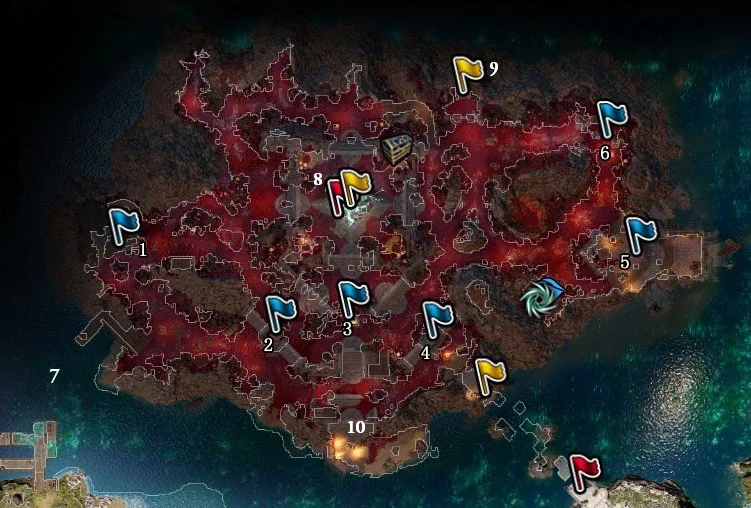