Keep Calm and Carrion is a Quest in Divinity: Original Sin II. In Fort Joy, the Godwoken learns of a powerful set of armour  based on dwarven rituals. Later, the Godwoken discovers an ancient altar in the mountains west of Driftwood. The Godwoken learns about a way to craft a set of powerful set of Armour known as the Vulture Armour Set, which requires feathers from an entity called Duna's Undertaker. Using rituals discovered throughout the region, the Godwoken can retrieve these feathers and craft the Vulture Armour Set.

The Vulture Armour set is an excellent set of armour for ranged attackers using Finesse skills.

In Orivand's Chambers, Fort Joy. You can find a book called Dwarven Customs & Traditions, it contains all recipes of Vulture Armour and a recipe called Source-infused meat (Muttom, any earth essence, source orb). 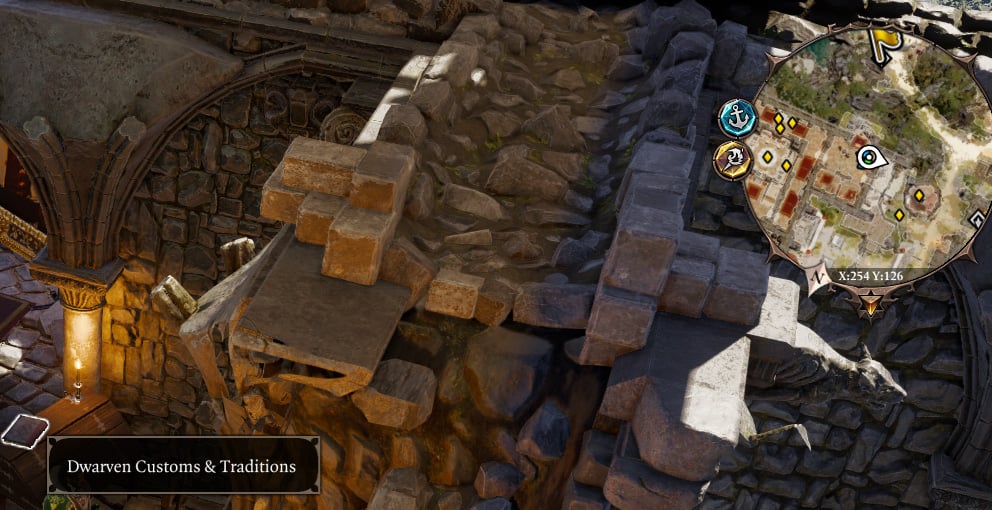 The second page, Dwarven Customs & Traditions (Excerpt) can be found in the Witch's house (X:365 Y:227) north of Driftwood next to the Witch's Eye needed for quest Treated Like Cattle. 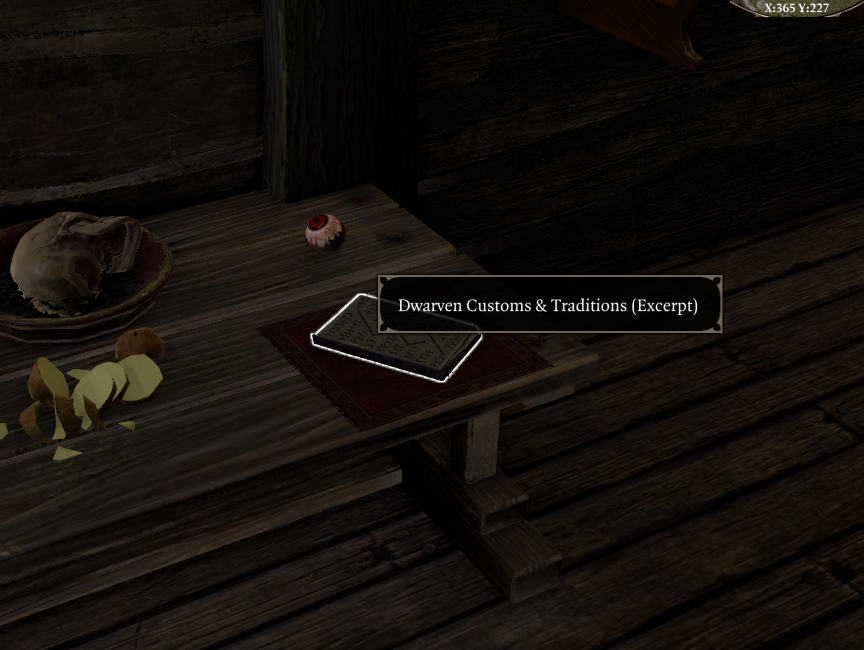 You can do this regardless of level or origin character, as long as you have the excerpt from the witches hut. Source-Infused Meat needs to be crafted as an offering to summon the Undertaker.

Tip: If you lack the ingredients for Source-Infused Meat, you can buy mutton from Trader Thun, both earth essence and a source orb can be found in Meister Siva's basement during Powerful Awakening, and you can acquire some more source orbs from quest Counting your Chickens or in Mordus' basement located under his house in Driftwood when first starting A Taste of Freedom.

The altar to summon is located south west of Driftwood. (around X:217, Y:28). A page about the altar's location is under Mordus' house, and reading it will mark the map. 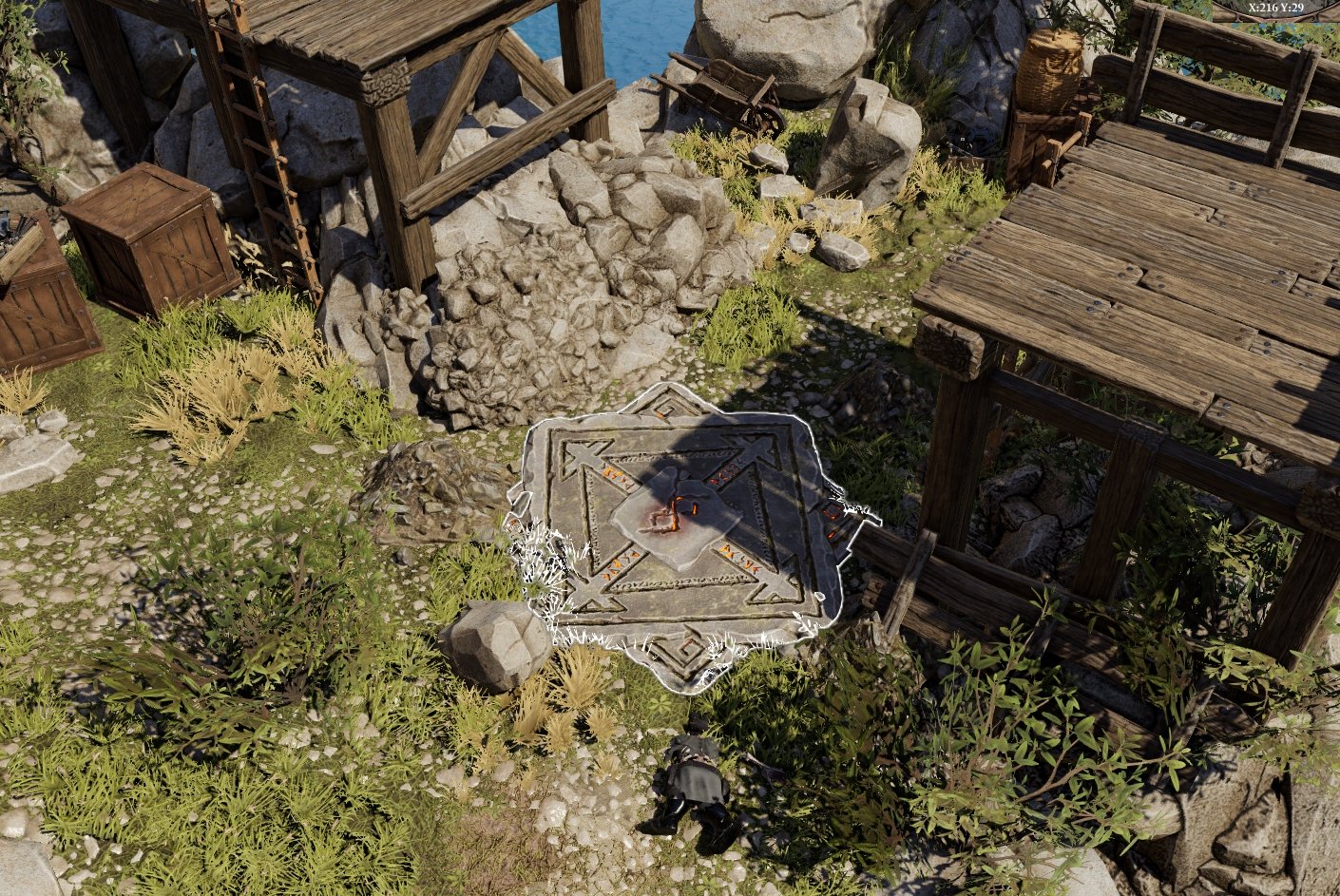 Placing Source-Infused Meat on that altar will summon Duna's Undertaker with the status effect Grounded (Immunity to being teleported) for 1 turn, and immediately start a dialog between the character who placed the offering. During the dialog the Undertaker is immune to any kind of attack even though the stats page does not state so.

Appeasing the Undertaker will grant you 5 Blessed Vulture Feathers, and she will immediately vanish not providing any opportunity to attack after providing the gift.

Failure to appease the Undertaker results with immediate combat. Combat starts with Decomposing (Undead) Dwarves spawning and the Undertaker, usually, moving to an advantageous spot to cast Superconductor if there is more than one target. The Duna's Undertaker is level 15 with an initiative of 51. Once the Duna's Undertaker, and her undead minions are defeated you will to get the Cursed Vulture Feathers. You need to Bless these feathers before crafting the Vulture Armour. (1 blessed feather + any leather part armour (finesse based))

If choosing to fight Duna's Undertaker and the Decomposing Dwarves, there are a few precautions that would be wise to take:

The Vulture Armour itself can then be created by combining the non-cursed feathers (try dropping them on the ground then targeting them with the Bless ability) with any Finesse-based gear. Among other features, the full set offers some unique perks: 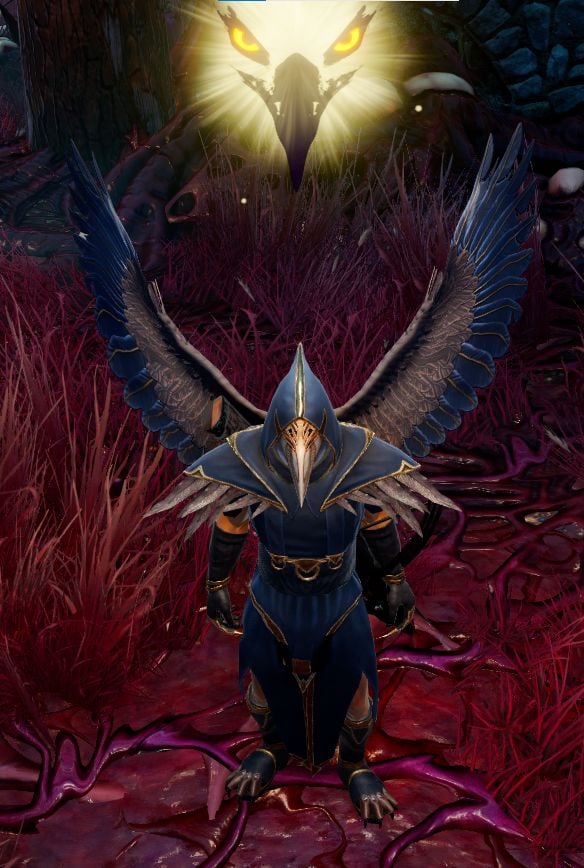 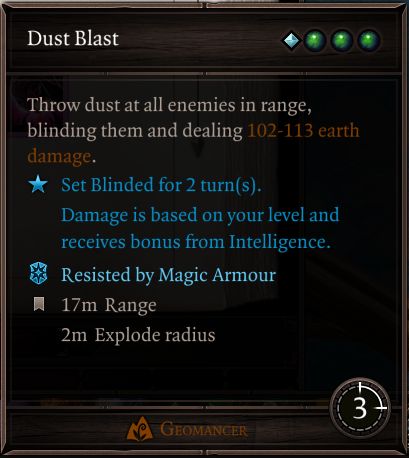 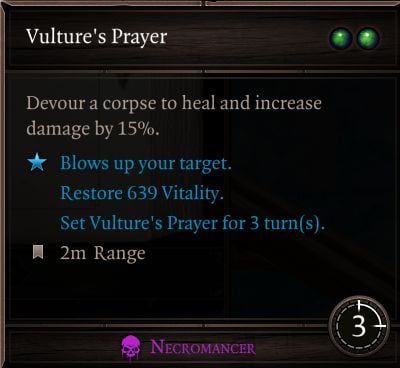