Running like Clockwork is a Quest in Divinity: Original Sin II. Speaking to an Imp Ghost, you discover there is a gem lying somewhere that may hold secrets. Will you be able to unlock them?

Use Spirit Vision and speak with the imp ghost named "Knight of Xantezza" by the empty altar of Xantezza and ask what's wrong. You'll learn that an Imp Gem was stolen by the Black Ring.

Go to an area at the south-eastern section of the map, at around co-ordinates X:275, Y:824. This area is very close to the Lunar Gate Waypoint, just slightly westwards of it on the map. You will come to a talking ruby and two wolves as depicted by the picture below. Defeat the two wolves for 13950XP each. Alternatively, you can speak to them and pass a speech check to make them stand down, but you will receive no XP whatsoever for doing so. Alternatively, if you killed the men who previously had the gem you can tell the dogs to go eat them for experience and no combat. (if you want to give them a body part, make SURE it's a normal body part. If you give them a quest body part like Alexandar's Head or Shadow Prince's heart then you may not finish some other quests.) 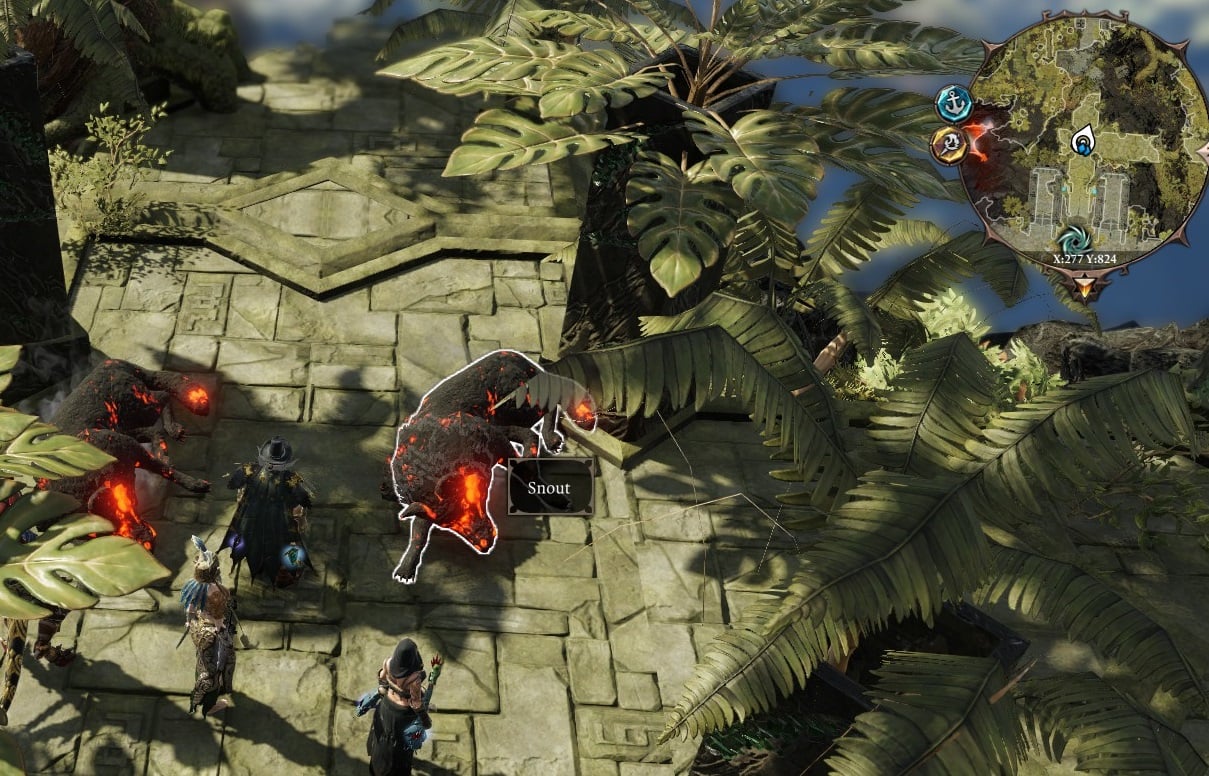 Now talk to the ruby. For the first question, none of the answers will matter much. For the second question, [MYSTIC], [NOBLE], [SCHOLAR] or [OUTLAW] tagged answers (but not JESTER), it will gulp and teleport you to Xantezza's pocket plane. If you have no appropriate tags, you can simply right-click on it in your inventory and select "Grasp firmly in your hand," and then can answer the question and enter the pocket dimension.

Upon reaching the pocket plane, you will immediately receive 30,100 Exploration XP (10,050 XP DE version) and 20,075XP (quest). You will be continually slowed in this place, and to open the first door, you must press the 4 pressure plates as shown in the picture below. There are heavy metal crates that you can use to help you press all 4 pressure plates without the use of any party members, but you will need some strength to move them. Alternatively, you can also use teleport to teleport the crates around. Once the door is open, proceed. 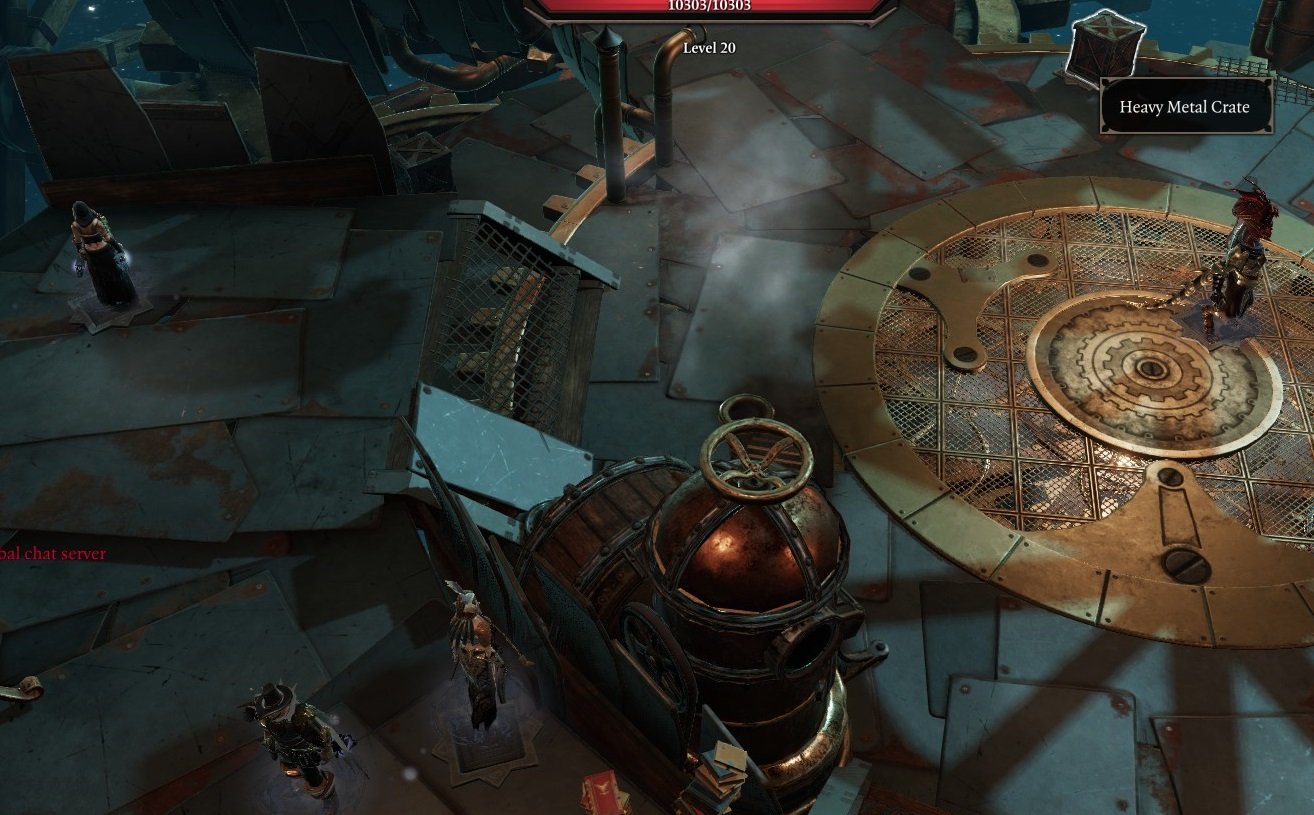 This section section is a little more tricky. Pressing the pressure plates in this area will unleash fire from the pipes, so do not press them. You can disarm the traps here, or just navigate around them. If you look past the gas traps, you can see a little wheel valve that reads "Emergency Flush Protocol". If you interact with it, it will immediately flush the entire area with lava and deathfog, which can be fatal for both undead (lava) and non-undead (deathfog) parties. Instead, simply use teleportation/leaping/flying skills or lockpick the door near the Emergency Flush Protocol valve to reach the "Hyperdrive Protocol" valve (co-ordinates: X:154, Y:538) - this will replace slow with haste for the entire party and will also increase the tempo and pitch of the background music (as if it has been sped up).

Now you have a myraid of choices, but basically, the goal here is to reach the core (at co-ordinates X:116, Y:462) without dying because you only have 1 combat turn to do so before it spots you and unleashes a scripted deathfog that immediately kills the entire map, undead or not. Warning you do not have one turn, it kills you on ITS first turn. Attempting to bring another person into range while the conversation will prompt the fight to start immediately, and they will get put to the end of the turn by default.

Cheese solution follows:
Rather than going through the gates (either X133,Y499 or X133,Y475) and engaging dialogue with the Core, which will almost certainly result in a TPK, what you can do instead is: hit the Hyperdrive Protocol valve (X154,Y541) to remove your Slowed status, return to where you entered the Pocket Plane (X166,Y441; you'll probably need to use a leap/teleport skill to get past the closed gate at X169,Y474 and step on the switch in the main room to drop the gate), then teleport each of your party members to the pipe (just west-south-west of the original spawn point, seen in the screenshot below), then run along the pipes until you get near the Core. Then, teleport (or Phoenix Dive, or Tactical Retreat, or whatever) a member onto the section where the Core is. This will initiate the scripted dialogue with the Core. Choose to "Reach for the great ball of light", and then when combat starts, just run up to it and activate it. 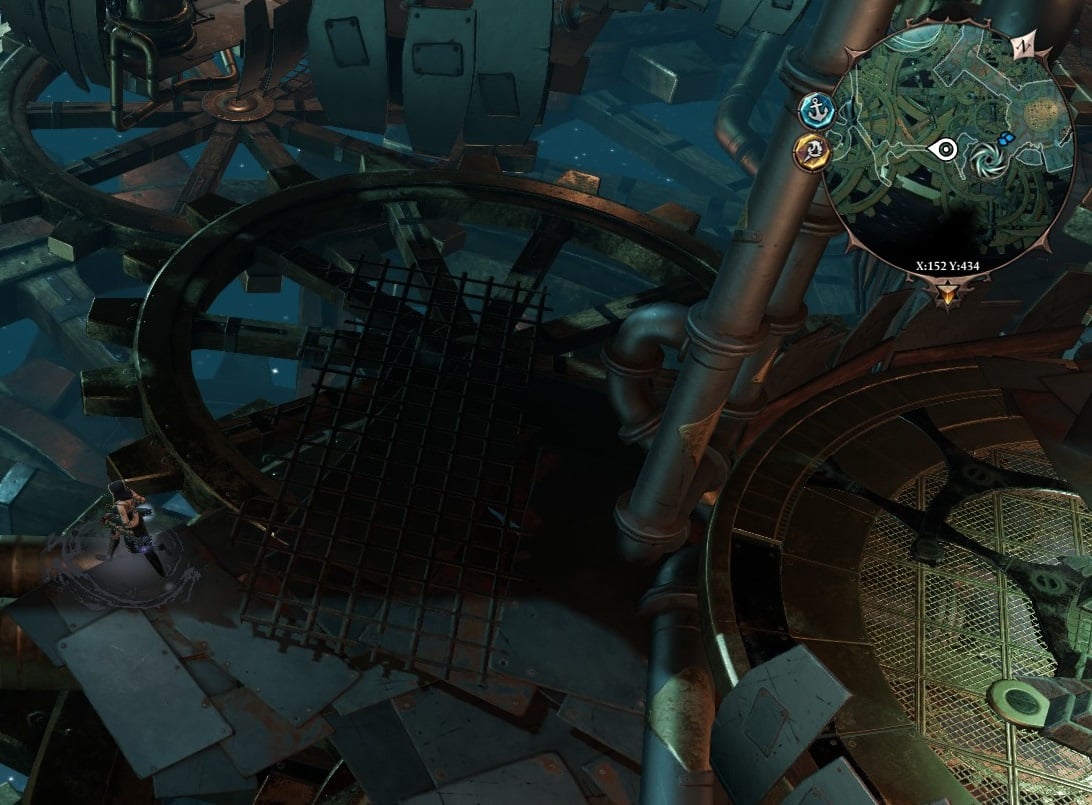 If you have a lot of movement speed, you can also tackle it head on by opening the sole non-locked door in the area. warning whether sneaking or not, it notices you very shortly after passing through the doorway. With haste and 5 movement speed i was still unable to make it to the core before dying. 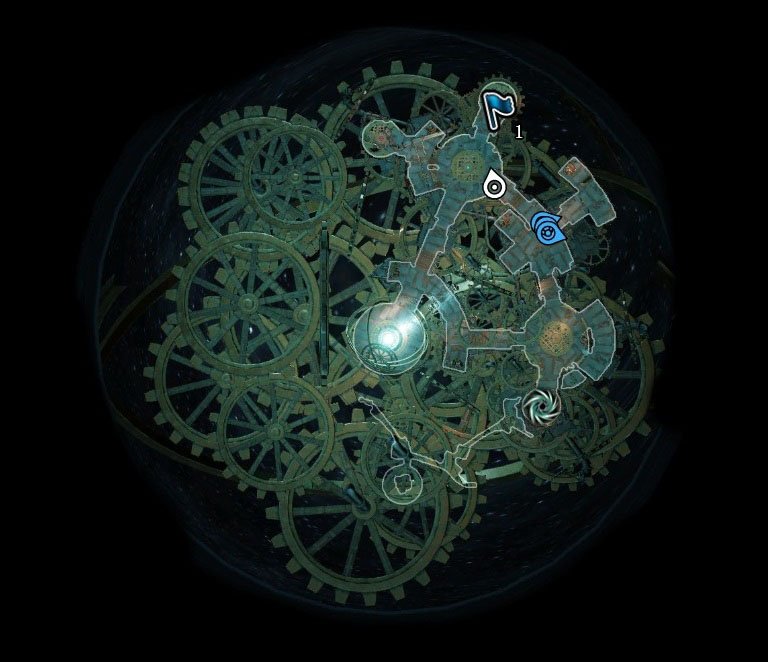 Ultimately though, the easiest option is to simply use the locked door closest to the core, provided you have the thievery level required [EDIT This door is not pickable anymore]. A character with haste and 5AP should have no real issues reaching the core this way. Easiest is the "cheese" or intentional option (based on the info you get off the goblins bodies) to run along the pipes and get there.

In any case, interact with the core before your turn is over, and it will be safely deactivated. You will receive 20,075XP upon entering the room with the core, and another 20,075XP and a choice of legendary-quality loot upon deactivating it and completing the quest.

There is also an altar in this room, the Altar of Xantezza. Interacting with this altar presents you with a choice -- either renounce your god, or reaffirm your allegiance. Either way, you get some decent XP (20k around level 16). If the option to renounce the character's (who interacted with the altar) god is chosen, the option to have your god intervene at the other altars will no longer be present (but only with that character, not with the whole party). There may also be more effects.