Scarecrow fight is an encounter in Divinity: Original Sin II.

North of Driftwood is a talking scarecrows on a field. It recognizes the demon lingering in Lohse.
Talking to them will lead to a fight.

The main scarecrow has a permanent Terror Aura, making it harder to get close to him.

This can be a difficult fight, especially if under-levelled (See Tips). 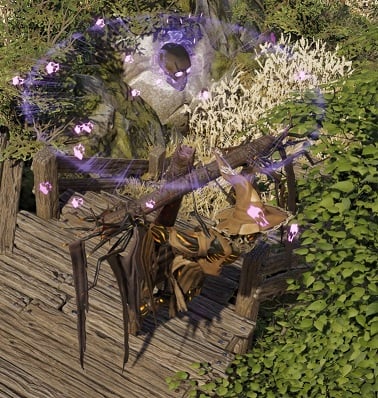 The Restless Scarecrow will turn into an Undead Scarecrow once the fight starts.