Stranger in a Strange Land Objectives

Stranger in a Strange Land Walkthrough

Instead, place the remains of the Lizard at the lizard part of the cemetery, where there are 2 lizard corpses and two dragon head statues continuously breath fire on the ground. Simply throw the remains onto the fire and the ghost of the lizard will appear, thank you, and give you a reward. 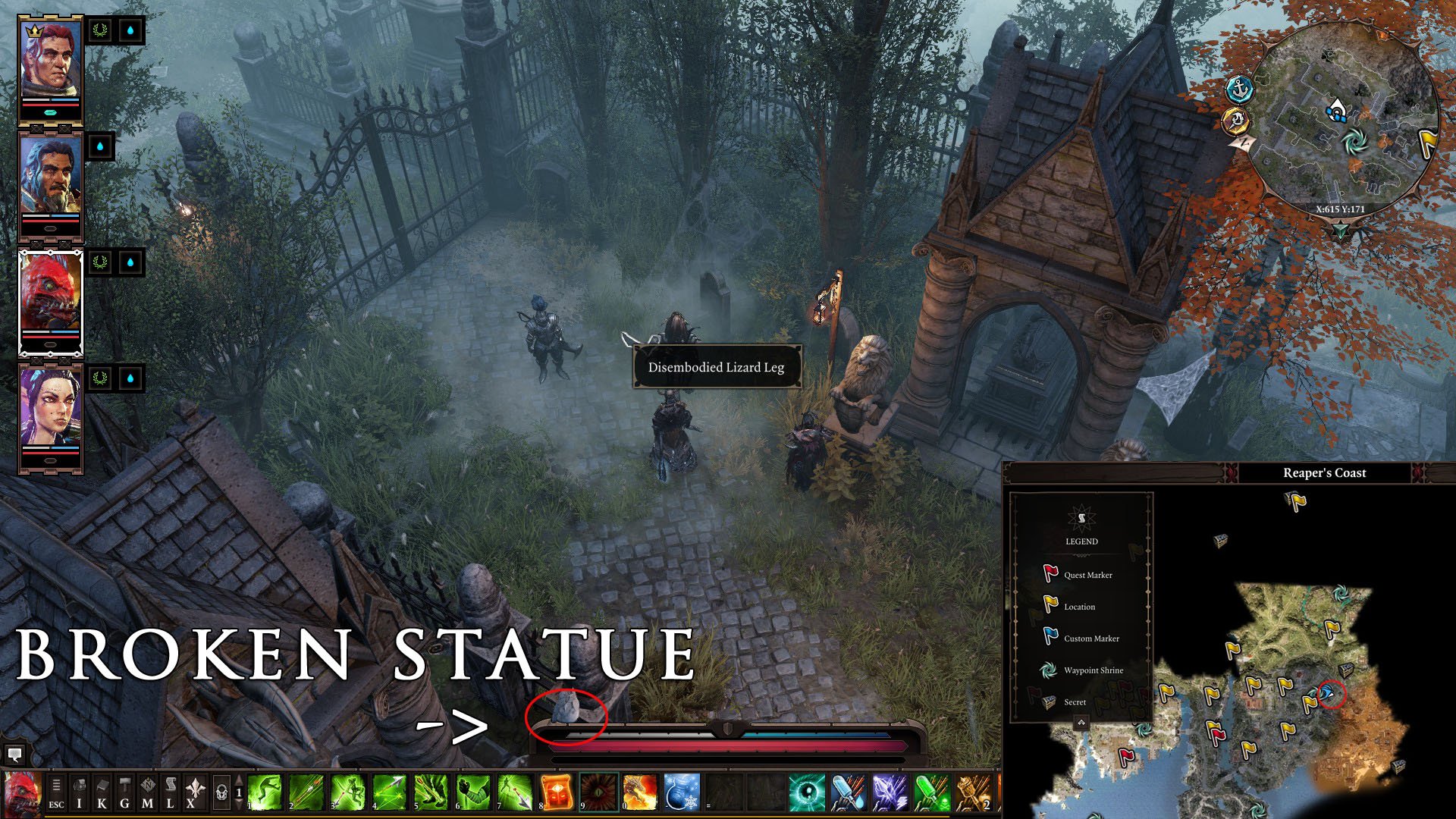 *If you eat the leg as an elf (or transformed elf), you gain poison wave.