The Gargoyle's Maze is a Quest in Divinity: Original Sin II.

Gargoyle's Maze is on southeast of the island, not far from the Winter Dragon you can find a vine, climb up and you'll see the entrance to the Gargoyle's Maze. 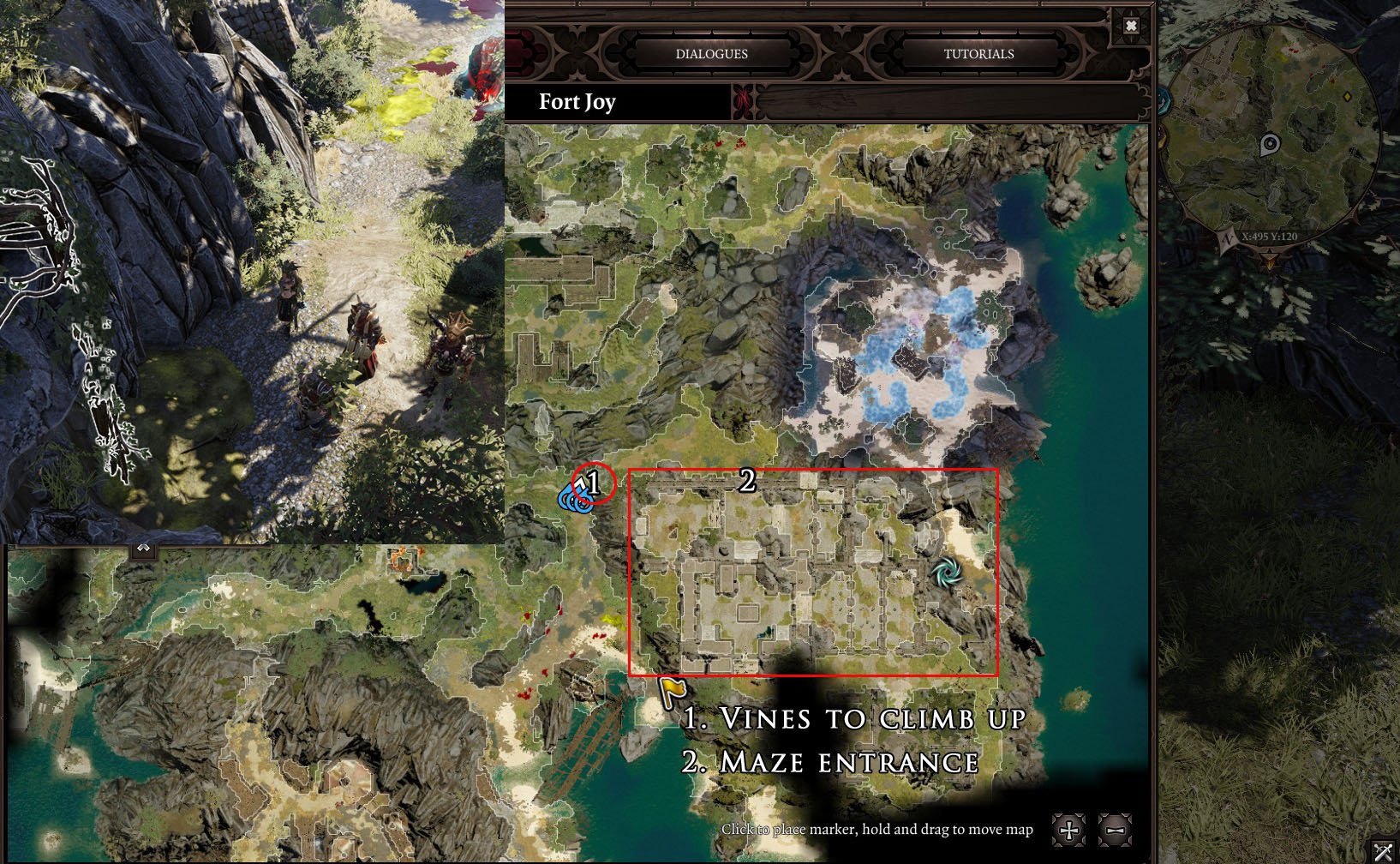 Climb up the vines and head over to the door to speak with the Gargoyle. If you show the Band of Braccus Rex (found on The Vault of Braccus Rex quest) to the Gargoyle at the entrance, he will think you are Braccus Rex and teleport you to the tower, but you will miss out on lots of loot.

Teleportation is a very useful skill in this maze, it can help you reach almost every room in it. There are many skulls around the place, you need to find and use at least 3 to get the best reward. There a total of 6 skulls so far and are as follows:

Raining Blood + Bless (in that order) will put out the flames on the Historian in the middle. Cast Raining Blood first to put out the Hellfire condition, then immediately cast Bless to remove the Cursed condition. (If you don't have the Blood Rain skill, attack your own character to create some blood. Using the elf skill Flesh Sacrifice near him will also douse the flames, allowing him to be blessed.)

You will need to at least douse the historian to gain access to the 3rd portal within the maze, that will appear up the stairs to the north-east in the same room. Through the portal is another skull and more good randomly generated loot. 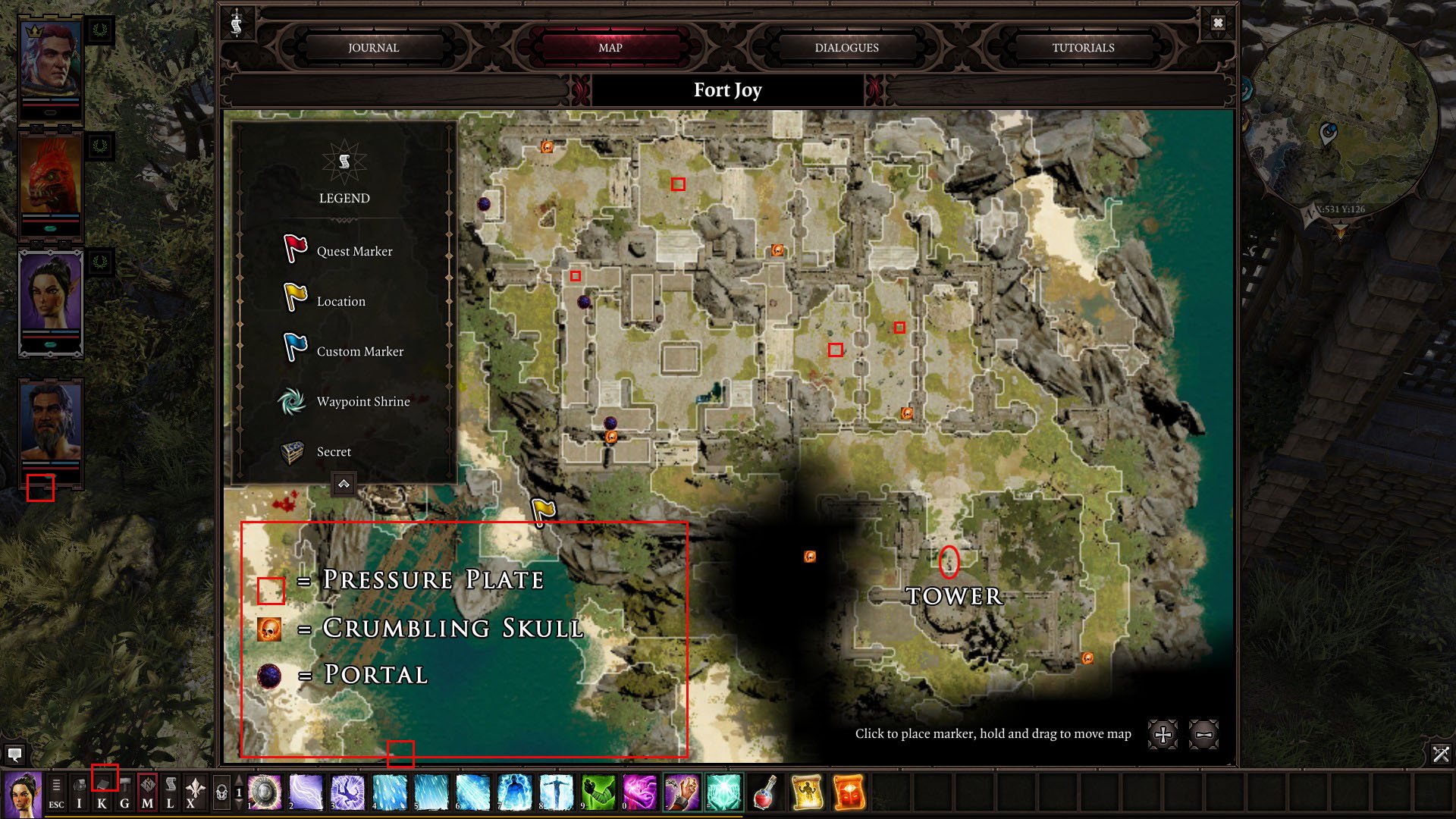 Reaching the end of the maze and completing the quest at the gargyole head will allow you to enter the door below, gaining access to Braccus Rex's Tower.