The Hold is a sub-area of Fort Joy  in Divinity Original Sin: 2. The Hold is the starting sub-area of the game and serves as a tutorial that allows players to learn the basic combat and movement mechanics of the game. Please see Walkthrough and/or Locations for other areas.

The Hold serves as the game's tutorial playthrough. Upon finishing the character creation section, their character will wake up with a collar which prevents you from using Source (magic). Take this opportunity to talk to the Magisters on the boat and to start looting for items. The quests related to this sub-area are The Collar and Troubled Waters - players may acquire as much as 3000 XP upon leaving the boat. 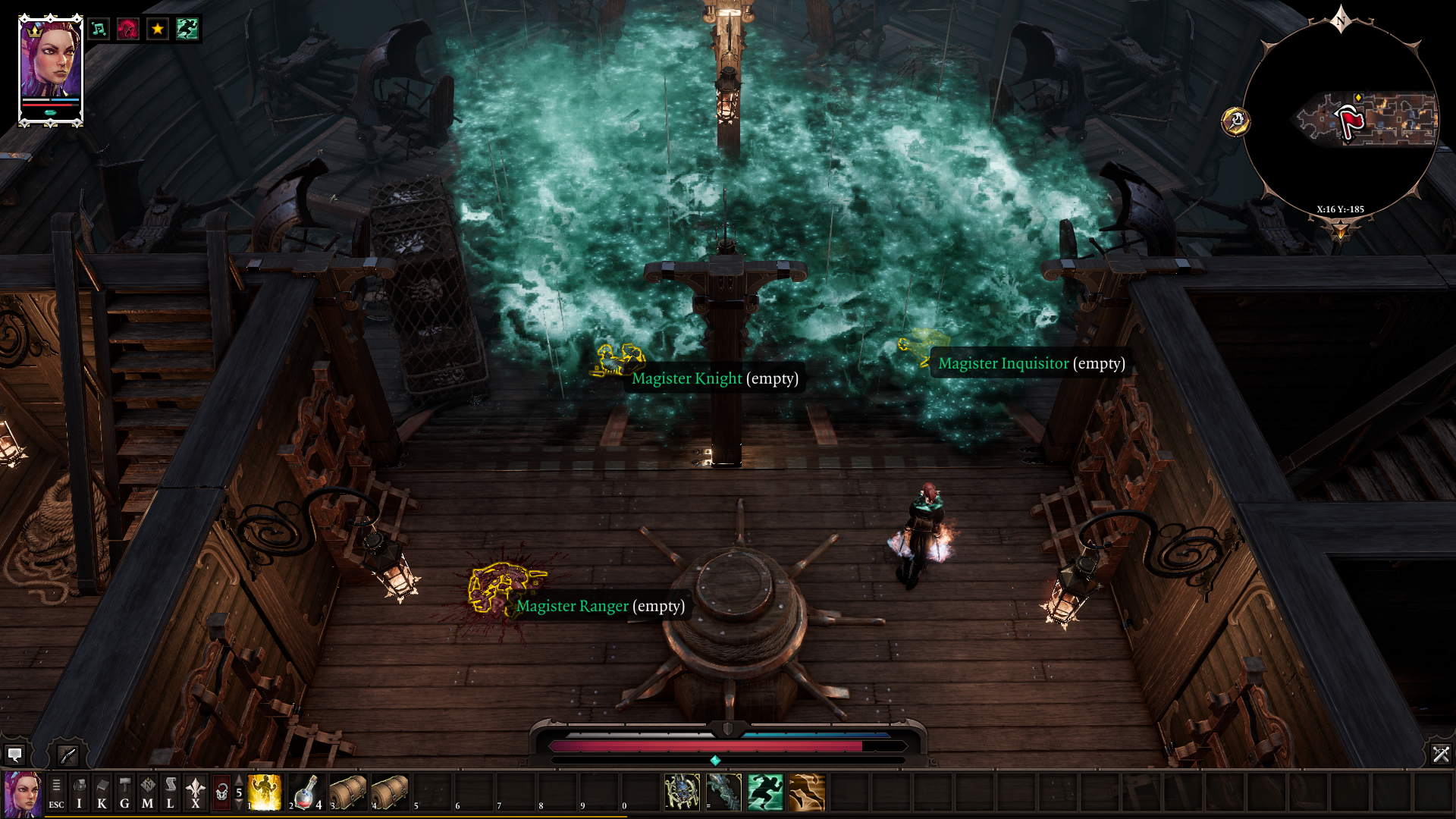