The Missing Magisters is a Quest in Divinity: Original Sin II, Act II.

This quest tasks you with finding out the truth behind the disappearances of Magisters in Driftwood.

Warning: Massive spoilers below. Do not read on unless you want the solution!

When you talk to Magister Carver or Magister Caryl, you will learn that several Magisters have gone missing, and that they suspect Higba has something to do with their disappearances. 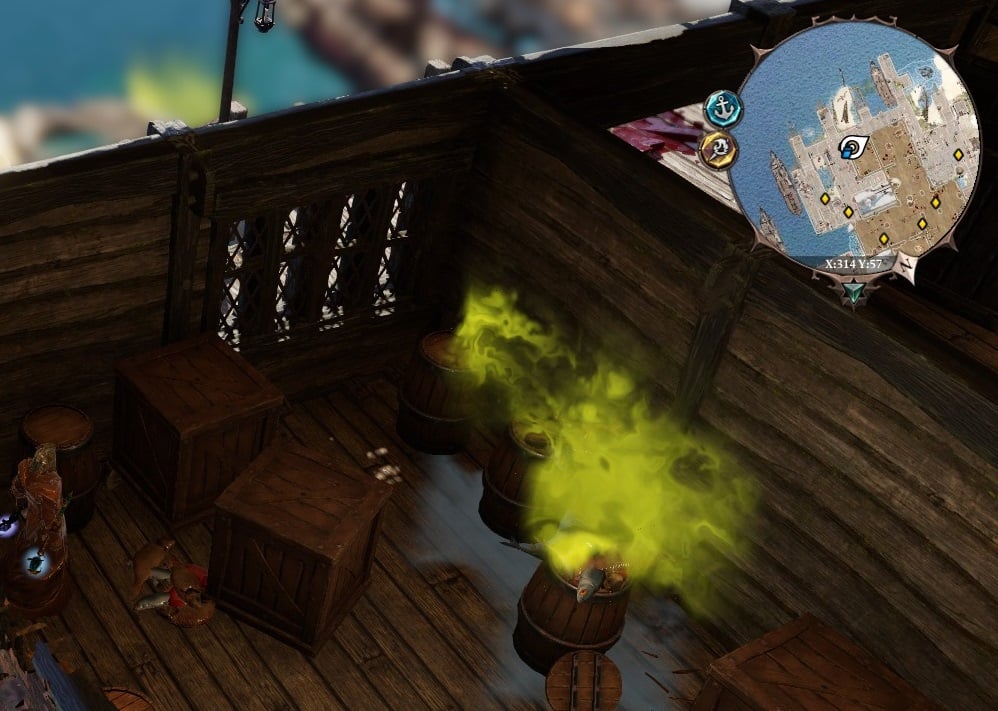 Higba, the prime suspect, is hiding in a fish barrel in a storage room at Driftwood Port. When you interact with one of the barrels, Higba will talk to you and plead that he is "innocent" and wants you to help him escape from Driftwood. (Talking to him will also initiate the quest Strange Cargo if you haven't spoken with him already.)

If you choose to help him escape and successfully do so, he will provide his opinion on who he thinks the culprit may be. (Read that quest's guide for further details.)

Optional: If you've already completed the quest Powerful Awakening, you can cast Spirit Vision inside the Black Bull Tavern to find the ghost of one of the missing Magisters, Harrick. Talking to Harrick will reveal the circumstances of her gruesome death.

If you head to the tavern, you will see Stewart, an elf sitting at a table outside. Talking to him will reveal that the Magisters likely have the wrong suspect, and that he wants you to help him uncover the real one.

If you enter the tavern and head to the kitchen with a character that has high enough Wits (15 has been shown to be enough), they will discover a Loose Plank on the ground. You may need to sneak in order to search it if it would be considered stealing. 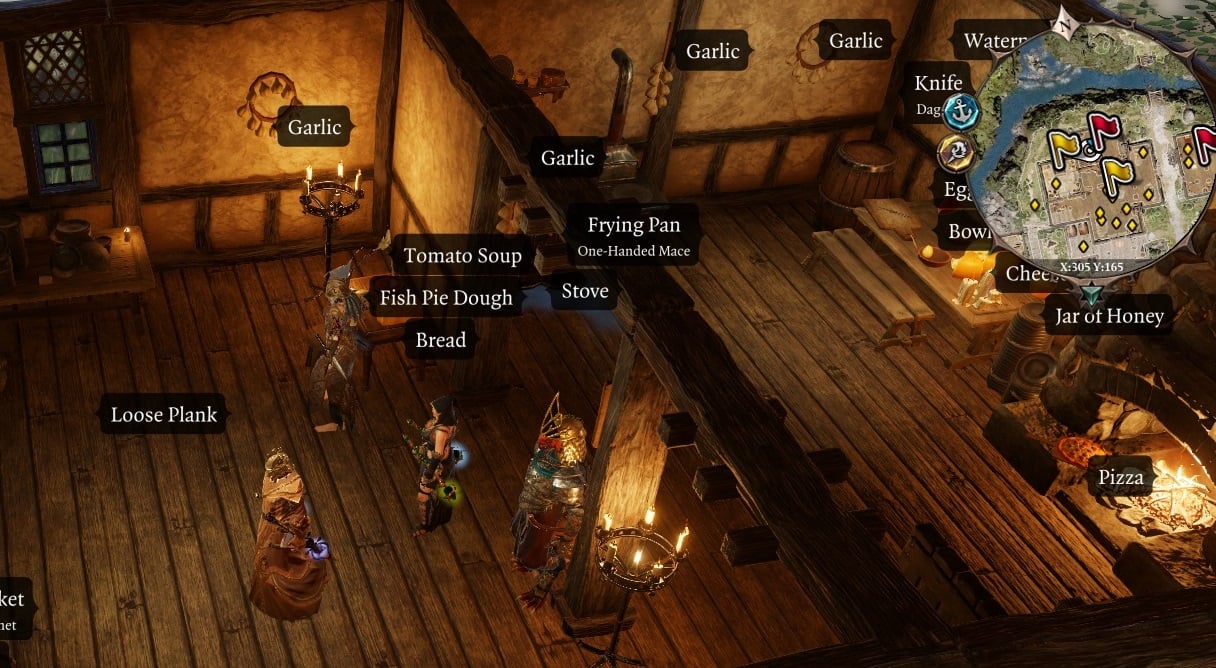 Method 1: You will find a bloody Magister ring inside this loose plank in the tavern's kitchen. If you attempt to interrogate the cook about this ring, you will be given the choice of reporting her to the Magisters, not doing so, or asking for a bribe. If you don't choose to side with her, you will engage in a fight with her. Killing her is worth 4k EXP in DE.

After she dies, you will find an incriminating note on her corpse that you can bring to Magister Carver to report. If you read the note, you will discover that the food she makes potentially contains cannibalized human body parts. (Alternatively, you can pickpocket the incriminating note from the cook instead without confronting her.)

Secret: If you buy some Meaty Stew in this tavern and have an elf eat it, you will learn of a murder taking place with a Magister. This will reward you with 2,000 EXP. (Note: This reward will not be granted after the quest is closed, so be sure to do so before reporting the murder.)

At this point in time, report the cook to Magister Carver with the ring or note. If you've confronted the cook and killed her, the quest will close and you will be rewarded with 5,000 EXP and some items. The quest Strange Cargo will now be closed as well, but you are free to help Higba escape now (oddly enough, he still isn't safe from the Magisters in the town, so you will need to be careful).

Method 2: If you reported the cook to Magister Carver without confronting her and killing her first, Magister Carver will send a Magister to investigate the cook and see if there is any truth to your claims. Although the Magister will try to arrest the cook, the cook will kill her and attack you, forcing you to have to kill the cook anyway.

Method 3: If you report to Stewart (the elf outside the tavern) after killing the cook and say that you haven't reported it Magister Carver yet, he will go and report it instead. When you talk to Magister Carver afterwards, you will be rewarded with 5,000 EXP but no items.

Alternate Ending: If you agreed not to reveal the cook's secret, you can kill Magister Carver (you'll also have to kill his nearby assistant unless you use a Teleportation skill to place him far enough away from his assistant in the building before attacking him) to end the quest. Afterwards, you can speak with the cook, who seems pleased with the news. The quest archive will note, "Patrons of Black Bull will continue to enjoy Wyvlia's special stew." this grants 2800EXP