The Watcher's Mercy is a Quest in Divinity: Original Sin II. Talking to a Watcher, she asks you to free the Knight of Duna from his wretched existence. Will you comply?

Meet the Watcher south of the Lunar Gate Waypoint. She will ask you to release the spirit of the Knight of Duna from his body. 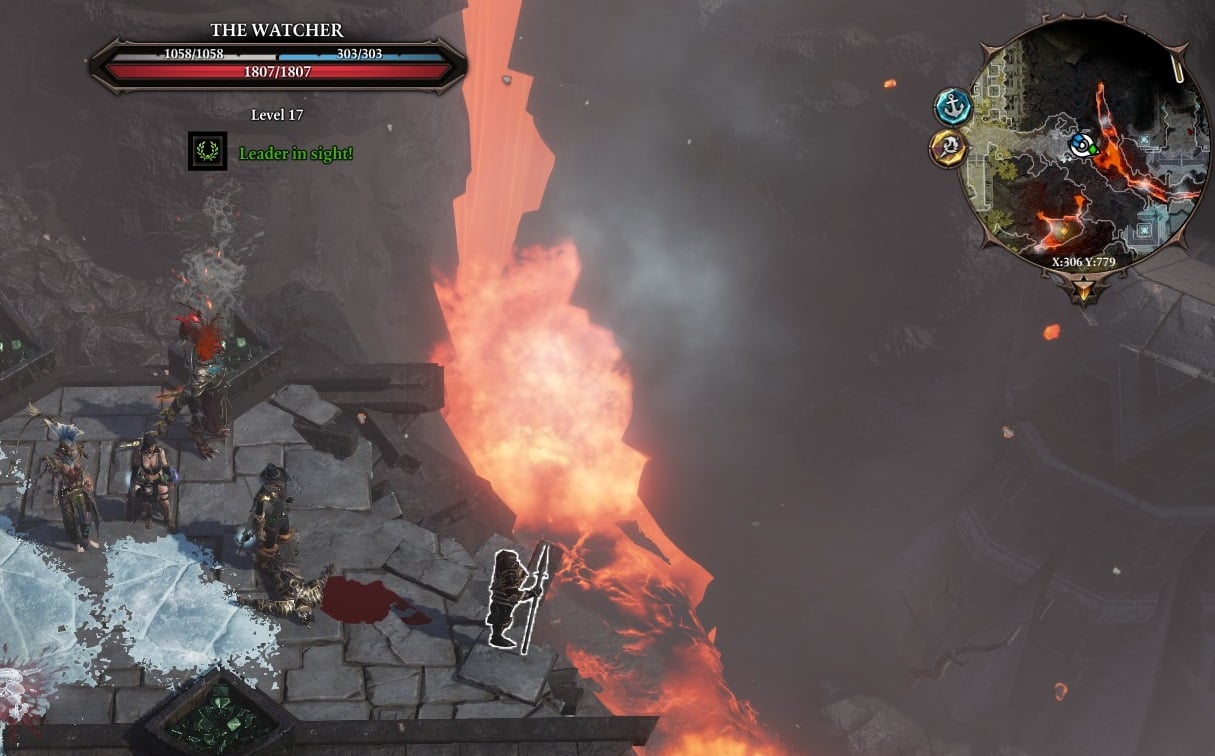 The Knight of Duna is inside the Dwarven Temple, which is near the Watcher (she is overlooking it, in fact). Enter the temple and you will immediately receive 30,100 Exploration XP. When you head inside, there is a skull who will tell you to leave if you aren't a "child of Duna". This hints that only a dwarf can bypass the traps freely. If you aren't a dwarf, the Mask of the Shapeshifter also works.

In any case, move forward and you will encounter Granite Protectors who will attack you if you get too close, and a poison trap to the left. The protectors don't hit very hard so as long as you endeavor to stay out of range, they should not pose any problems. You can simply use one of your companions (preferably a dwarf) to bypass the traps and then use the teleporter pyramid to regroup your party.

The Knight of Duna is located to the left, past the poison trap. If you are a dwarf, you get one special dialogue option, but it doesn't really change anything. Either way, you will have to pass 2 speech checks to avoid fighting him, which will result in his and the granite protectors' death. You will receive 50,150XP.

Once the knight is dead, you can cast Spirit Vision and talk to his spirit, whereupon he will beg you to consume his source. It doesn't really matter if you do. In any case, interact with the Altar to know that Duna is aligned with the moon, and then report back to the Watcher.

The Watcher will thank you, completing the quest. You will receive 20,075XP, a unique pendant named "The Watcher's Amulet" (pretty useless but grants the "Guardian Angel" skill"), and a choice of Epic-quality loot.