New Player Help and starter tips for Divinity: Original Sin 2, gives you links and video to Getting Started Guide and some additional tips and tricks from the DOS2 community. Once you're familiar with Controls and Combat Systems, you'll find the whole experience a lot easier, but you might also want to check out Builds to learn how to make your party.

Selecting a Race and a Class

There are 5 races with special abilities and 14 classes in Divinity: Original Sin 2. Each race provides a special bonus which can be seen here, or you can refer to the table below. Classes are presets that automatically assign your skill points and determine the items that you start the game with, but classes are suggested builds only. You can ignore the preset skill and ability points and set your points manually.

It is highly recommended to start with one of the 6 Origin characters if playing for the first time as they get you the most out of the game. They each have their own unique quest line and a lot of unique dialog and exchanges.

There are 3 types of points in the game:

Skills can be learned when one point has been allocated in the corresponding Combat Ability. Skills are actions you can perform in combat, in some cases necessitating specific weapon types.

The six Origin characters can be found early in the game and be recruited to your party. If you chose an Origin character to start with, they will not be available to recruit. You can customize the build of each of your party members regardless of their default class. You can have a maximum of 4 squad members (the player character and 3 others).

Where can I find a shovel?

If there is no Lizard in your team, you can find a shovel on the broken bridge towards the Fort Joy Gate. 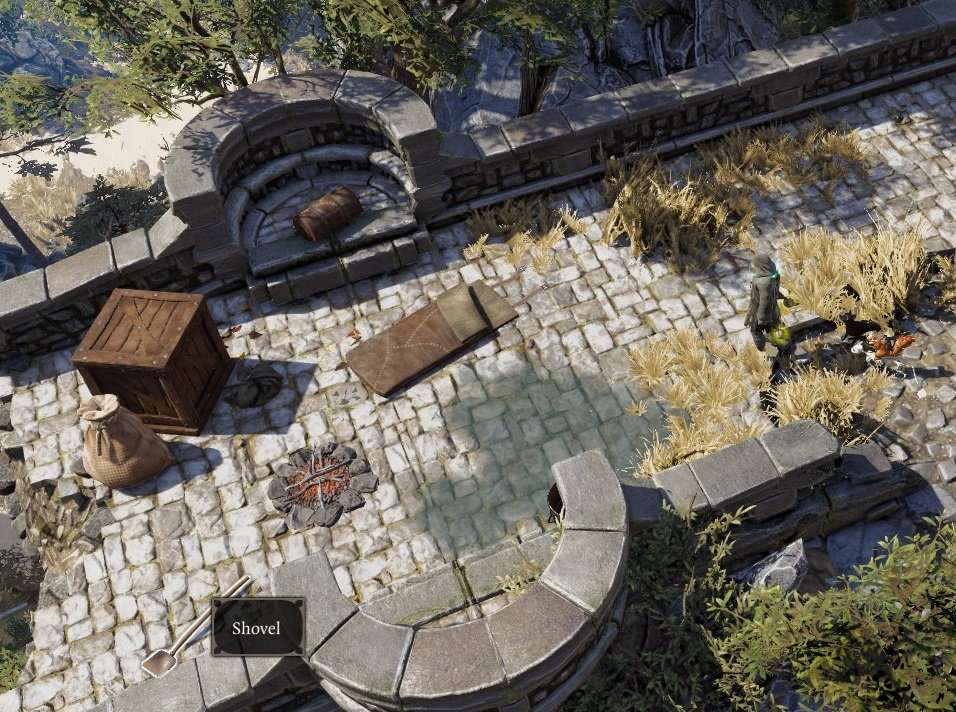 How can I restore my health?

How to open a locked door?

Some NPC's don't have a proper trading dialogue, but you can click the trading button next to their names while talking to open a trading window. And one key thing to remember; NPCs that sell equipment (armor, weapons) will have "primary" stock at the same level as your main character plus anything you have sold to them in the past.

How do I build my characters?

There are a nearly unlimited number of ways to build up your characters and no one way is the best way, but there are a couple of key points that are worth considering. First, for the support skills like Persuasion, Thievery, Bartering etc, it is not helpful to have multiple characters all specialized in the same skill. If you have multiple characters in your team specialize each one in one of them, i.e. have one good at Bartering and do all your trading through them, one good at Loremaster for identifying items and scanning enemies for their weaknesses, have your main character good at Persuasion for all of the persuasion tests the main character will go through, have one character good at Lucky Charm and have them be the one to open all loot boxes, chests, search bodies, etc...then you can focus the rest of their skillpoints elsewhere.

Second, get movement skills as soon as you can, for two reasons: there are many times you will need to get to out-of-the-way areas by teleporting for treasures, campaigns and the like, and the Teleport skill can be critically useful for teleporting enemies in a fight into more key positions (away from a vulnerable ally they've rushed, off of an isolated safe area closer to your team to be easier to attack, etc).