Proving Ground is a Quest in Divinity: Original Sin II. Entering the portal, you face yet another challenge similar to the other trials of the One back at Driftwood and Fort Joy. Will you triumph and be worthy of the title of "The One"?

In the Teacher's Hall at the Academy, there is a door that can be opened with the Key of the One which you get after fighting in the Driftwood Arena. The door can also be lockpicked. Upon entering the room beyond, which is called "Armaments of the One", you will immediately be awarded 27,900 Exploration XP. Head towards the portal and enter it. 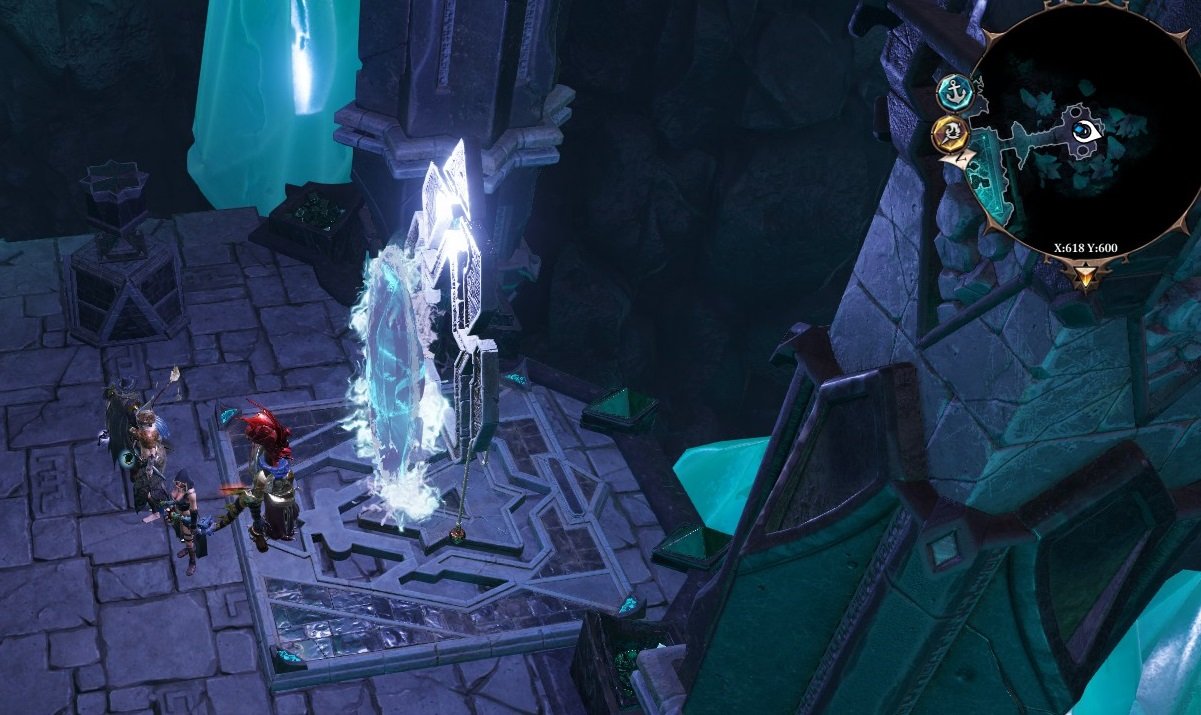 Upon entering the portal, you will gain another 41,850 Exploration XP. Continue onward and you will see the body of a dead bird. Cast Spirit Vision to see the spirit of the bird, and speak to her. Agree to her challenge to fight some battle-hardened construct.

If you are having difficulty with this fight, there are Eternal Reflectors in the room that can be moved, with a phase conductor that is located behind the Great Guardian. Placing a Phase Capacitor on the conductor can shoot a beam forwards onto the reflectors. Directing the beam at the boss will stun it and keep its magic armor at 0 for as long as the beam is focused on it. You can use invisibility potions or spells to do all this without being noticed. Ultimately though, the simplest solution is to cast a powerful source spell such as Meteor Shower or Hail Storm, and since the Great Guardian is so big, nearly all the shards will hit it, resulting in a quick one-shot kill move.

-You can pickpocket the phase capacitors of the entire enemy group, you just need to trigger the fight with some members of your group while the sneakiest one makes is way around the arena and slowly one shot the enemies by stealing their capacitors. The boss himself can be killed in -this manner.

In any case, once the Guardian is a pile of trash heap on the ground, report back to the Spirit of the Bird, and you will be deemed worthy of being "The One".