Threads of a Curse is a Quest in Divinity: Original Sin II. Short description goes here.

Threads of a Curse Objectives

Threads of a Curse Walkthrough 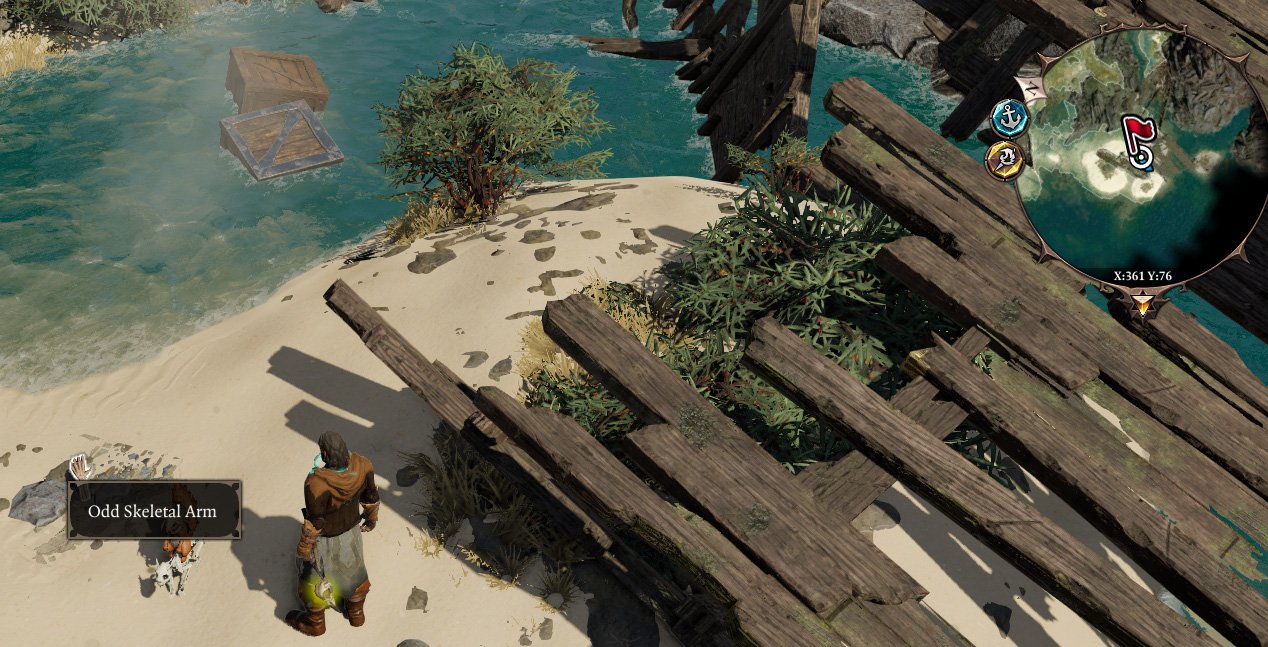 At around X:362, Y:81 of Fort Joy, there's an odd skeleton arm. You can pull it up after successful persuasion (Strength or finesse), no matter how you throw it, it keeps pointing to one direction. 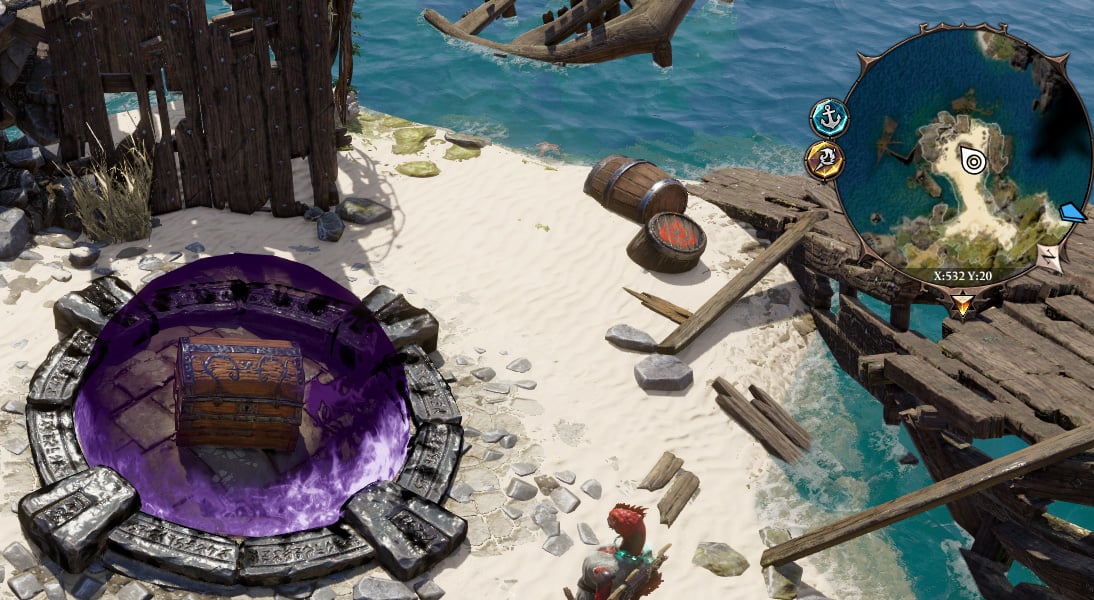 You can find a cursed crate at around X:535, Y: 23. Interact with the ring around the chest, then use Bless on the ring to deactivate the curse, you will then meet Captain Sech Zapor. You must have Persuasion 3 to avoid attacking him. Otherwise, he will spawn several level 6 Black Flag enemies. If you have his soul jar (loot from The Vault of Braccus Rex), you can trade it for his coat (Captain's Charismatic Coat). You can also find a note called "Captain's Tattered Log" in that crate, which contains the password to the door of his secret cave.

Captain's Soul Jar can be found in quest The Vault of Braccus Rex (Dark Cavern).

Northeast of the dragon beach, there's a new cave. You will need a code to unlock the door inside it. The Captain's Jaunty Hat is inside the cabin.

The last piece of the Captain Armour set (Captain's Dexterous Heels) can be found in a buried chest near X608, Y239. If Captain Sech Zapor is still alive, he will also appear and attack you. Finish him and his crew to complete the armour set. (Use lockpick to open it)